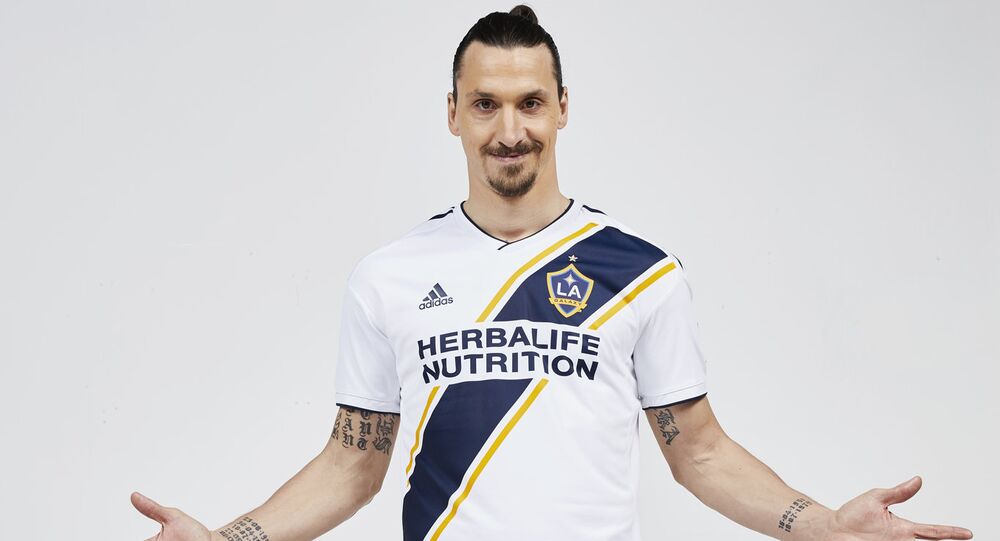 Swedish star footballer Zlatan Ibrahimovic, who is known for his fiery temperament and his brash persona, has once again provoked a firestorm with his comments on the restrictions his illustrious career has suffered because of Swedes' alleged 'racism.'

The 37-year-old is one of today's most decorated active footballers and has claimed to have suffered differential treatment throughout his entire career due to having a foreign name. Due to his immigrant background, he claimed, he had to make extra effort to succeed.

"The possibilities a Svensson or Andersson has, an Ibrahimovic or anyone else with a different background doesn't. I never had those opportunities either, but instead had to take them," Zlatan Ibrahimovic said in an interview with Viasat Sport's reporter Johan Kücükaslan.

​With his successful career spanning from Malmö FF to elite clubs such as Barcelona, Milan, Paris Saint-Germain and Manchester United, he has opened the way for others with the same background to play in the best leagues and national teams, Ibrahimovic claimed.

Despite his immense success, however, he hasn't been treated in a way an ethnic Swede would, Ibrahimovic claimed, hurling accusations at the media.

Ibrahimovic's comments didn't go unnoticed by fellow Swedes, instead sparking a lot of criticism and support at once.

"So damn tired of his eternal nonsense and stupid one-liners, he should stick to playing football and be quiet," a typical negative response said.

Another user ventured that had Zlatan-called-Sven-Svensson made the same outrageous comments he had made over the years, he would have hardly received the same accolades, stressing a 'total lack of self-awareness' on Ibhrahimovic's part.

Still others said that Ibrahimovic had the same opportunities as everyone else and even accused him of hubris.

At the same time, many Swedes were supportive of Zlatan, calling him a "perfect role model for kids with immigrant backgrounds".

Ibrahimovic was born in Malmö, often hailed as Sweden's 'most multicultural city' to a Muslim Bosniak father and a Catholic Croat mother. Over his bright career spanning almost two decades, Ibrahimovic has had stints with several top clubs such as Ajax, Juventus, Inter Milan, Barcelona, A.C. Milan, PSG, and Manchester United. Between 2001 and 2016, he was also a fixture in the Swedish national team. A prolific goalscorer, Ibrahimovic is one of the most decorated active footballers with 32 trophies.