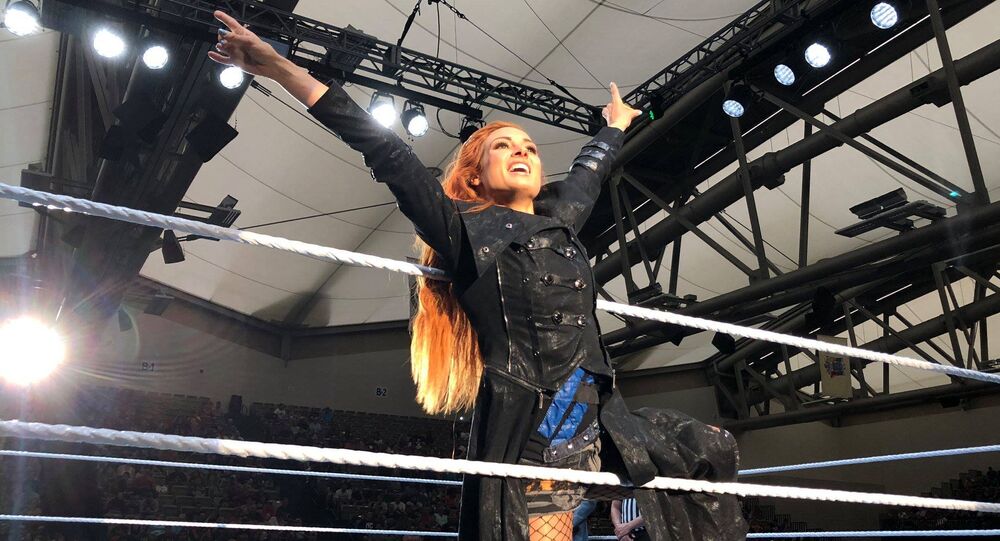 The injuries sustained during the brawl apparently caused Lynch to reconsider her plans for the upcoming Survivor Series match against Ronda Rousey, and instead select another SmackDown fighter as her replacement.

WWE SmackDown Women’s Champion Becky Lynch ended up literally getting a bloody nose during a brawl against wrestlers representing a rival WWE brand.

The incident apparently occurred during a fight that broke out when Lynch led a cadre of female SmackDown wrestlers to crash Monday Night Raw.

Several videos that were uploaded on social media in the aftermath of the brawl show the Irishwoman with blood smeared over her face and apparently suffering from a broken nose.

This development apparently led Lynch to reconsider her plans for the upcoming Survivors Series match against ex-MMA fighter Ronda Rousey.

During her appearance on SmackDown Live on Tuesday night, Lynch picked Charlotte Flair as her replacement for the bout, which is scheduled to take place on Sunday, with SmackDown General Manager Paige explaining that Lynch suffered a severe concussion during the Monday brawl.

THE CHAMP has SPOKEN.@MsCharlotteWWE will finish the job #SDLive #WomensChampion @BeckyLynchWWE started this Sunday at #SurvivorSeries against @RondaRousey! pic.twitter.com/wY5xPoOqic