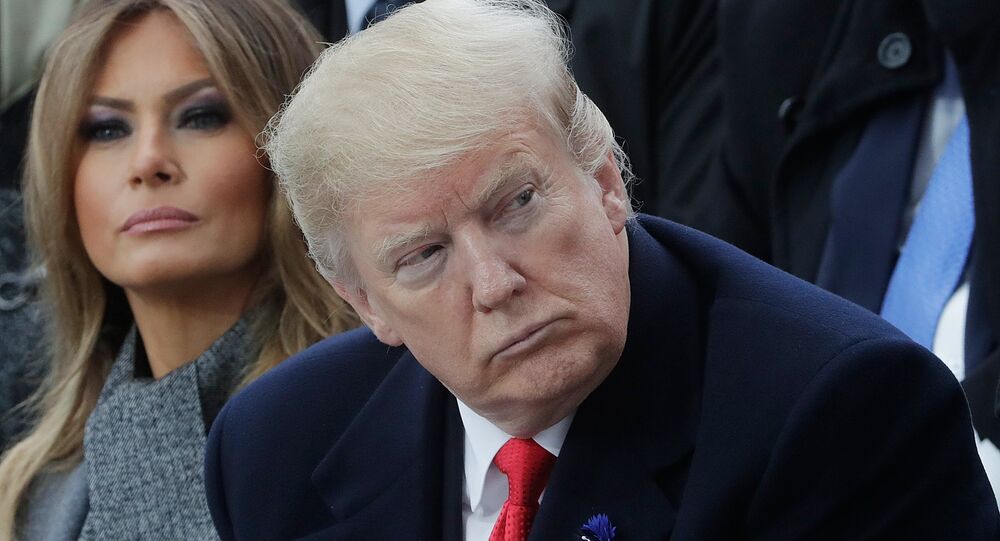 As world leaders gathered in Paris to commemorate the end of the bloodshed of World War I, the French president held a speech partially devoted to one of the factors that fuelled the war - nationalism.

A variety of reactions that appeared in the facial expressions of US President Donald Trump as he was listening to his French counterpart's speech stirred social media users.

French president was denouncing "nationalist" trends in politics, calling them contrary to "patriotism," less than a month after Trump called himself a "nationalist" at a rally in Houston in October. Trump urged everyone to use the word when referring to him, despite existing negative connotations.

Twitterians noted that in light of such statements, Trump didn't look too happy, as Macron was calling nationalism a "betrayal of patriotism" and warned of "old demons" that started the Great War "reawakening."

That's the look he gets when truth is spoken

The former director of the CIA and NSA, Michael Hayden, also didn't pass by the photo, claiming that Macron was actually addressing Trump.

Some even thanked Macron for allegedly delivering the thought to the US president.

Thanks to French President Macron, he could not be bullied and called names as 45th did to the CNN journalists. The message was well delivered, the reoccurrence nationalism is widely condemned. Live and let others live. Encourage peace and love. Fascism is dead!

Well done Macron. Thank you for standing up for the humans of the world who want peace, wealth and happiness for all.

However, many Twitterians disagreed with Macron, claiming that he, like many other people, misinterprets the notion of nationalism.

This is the problem when we do not take the time to educate ourselves about words that we hear and do not understand, including this gentlemen Mr Macron.
Nationalism simply defines a love for your land or country.

Why don’t you two cry a river with your Trump hate. All he’s ever said is that he is putting America’s interests first. And you ppl make it into your own little holy war. Enjoy

Still, many defended Trump, saying that by nationalism he means putting the country's interests first, not starting another world war.

Nationalism channeled toward expansionism caused the war. Trump is not interested in foreign ventures or territorial expansion he only wants us to take care of our citizens.

World leaders travelled to Paris to take part in commemorative events marking the 100th anniversary of the armistice signed on 11 November 1918, which put an end to World War I.