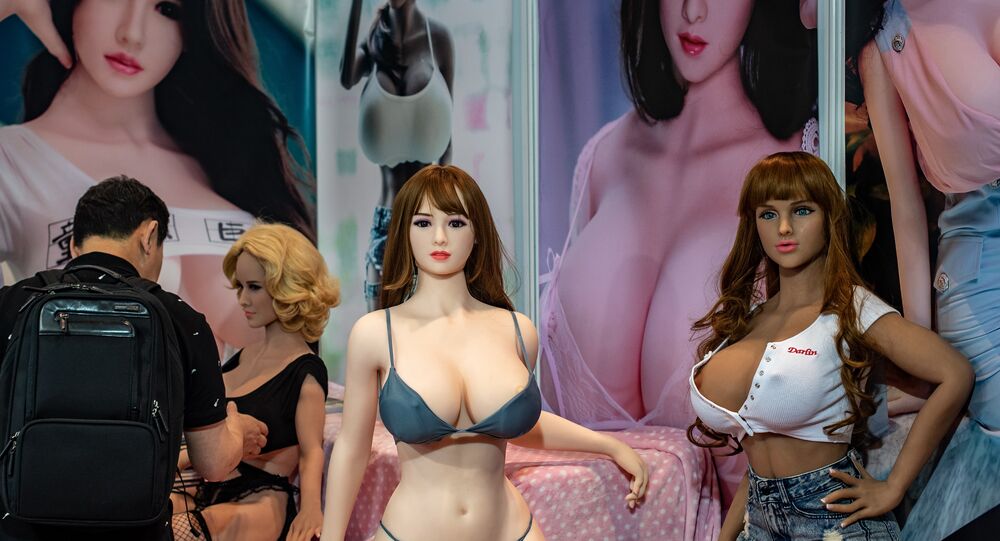 The sex doll enthusiasts who intend to participate in the event try to keep a low profile and only advertise a gathering via “word of mouth” in order to avoid a potential confrontation with more conservative residents of Texas.

A group of up to 65 sex doll owners from all over the United States is going to hold a three-day meet-and-greet event at a hotel in Texas in the beginning of November, The Daily Star reports.

© Photo : Youtube/Andrea Morris
Furious Sex Play: Sexbot Tester's Intense Romp Knocks Harmony 'Senseless'
As a sex doll enthusiast from California who goes by his online handle Brick Dollbanger explained to the newspaper, the event's organizers intend to "rent the whole place out" in order to properly accommodate all the participants and their silicone companions.

"Usually a bunch of doll owners will get together and rent out a bed and breakfast. It has anywhere between 12 and 15 rooms. We’ll rent the whole place out. Some will just come for a day, bring their dolls, set up and talk to other owners. They’ll show off clothing, new make-up they’ve used, stuff like that," he said.

Dollbanger also remarked that the sex doll owners participating in the event prefer to keep a low profile and only advertise the gathering via “word of mouth” because they don’t want "people showing up there with pitchforks and torches."

"Despite what people may think, we’re not a bunch of sex maniacs. They’re not just pounding anything that doesn’t have a heartbeat," Dollbanger insisted.

He added that there are many sex doll owners in Texas, but this particular hobby is still "very much frowned upon down there."