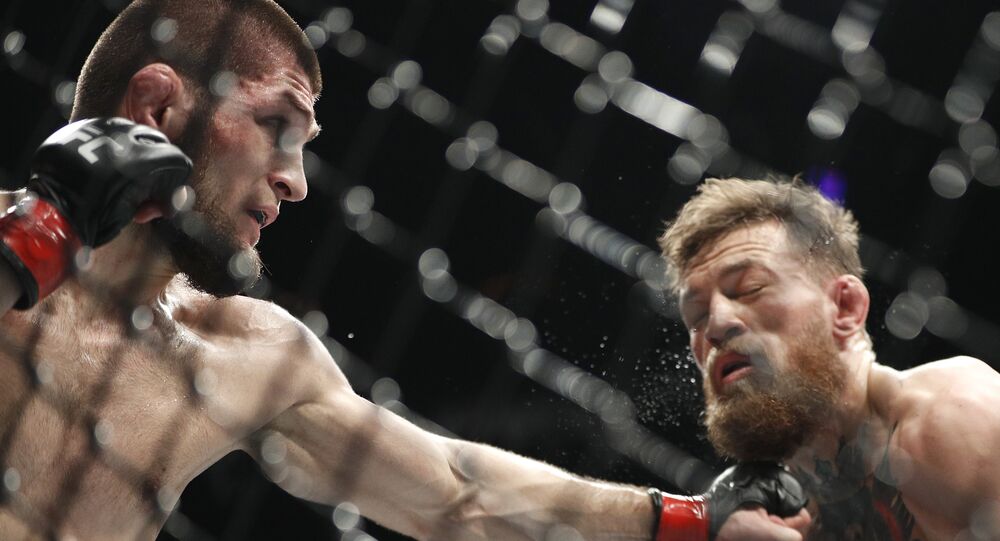 Russian mixed martial arts fighter Khabib Nurmagomedov has become an inspiration for a Turkish graffiti artist following his victory over his Irish rival Conor McGregor during the lightweight championship at UFC 229 last week.

The undefeated fighter, Khabib Nurmagomedov, expressed gratitude to Turkey after street art depicting the moment of him choking out Conor McGregor emerged in Istanbul.

READ MORE: 'We Worked Everything Out': Khabib Staying On — UFC President

The graffiti also features a caption that reads “Don’t talk too much” in an apparent reference to the war of words the two fighters had been engaged in prior to their much-anticipated bout in Las Vegas.

While Nurmagomedov’s post has already received over 2.6 million likes and more than 48k comments on Instagram, users have also been expressing their wholehearted support for him on Twitter:

We love you bro and support you all the time @TeamKhabib

Adamsin #Khabib, you are the man! Worlds best UFC fighter!! The champion of the world!

Brother, most people in turkey that likes mma supports you 100%. Watch the likes and retweets now 🤩

The most Respected (@TeamKhabib)
Khabib Nurmagomedove:
It is stated that, it'll be an honour for us, if you visit Türkey, & we'll be so glad to have you in Turkey. You are our PRIDE please accept our invitation & visit us, even for an hour or day or two or more, just VISIT

One netizen suggested that after his publication he had amassed a millions-strong army of fans in Turkey:

Khabib you have now millions of fans in Turkey,look at your videos on youtube they have been watched a million times. we love you.

Others praised the graffiti, saying it was a piece of art and claiming that it was better than Leonardo Da Vinci’s Mona Lisa:

This is Art! And it does reflect real events! “Don’t talk too much “ #AndStill @TeamKhabib The Champion! 🦅💯 #HelwaniShow #ufc230 @ufc pic.twitter.com/vA1zCCS5i0

On October 6, Nurmagomedov dealt a devastating defeat to Irish fighter Conor McGregor in the fourth round with a chokehold as the two competed for the lightweight championship title at UFC 229.