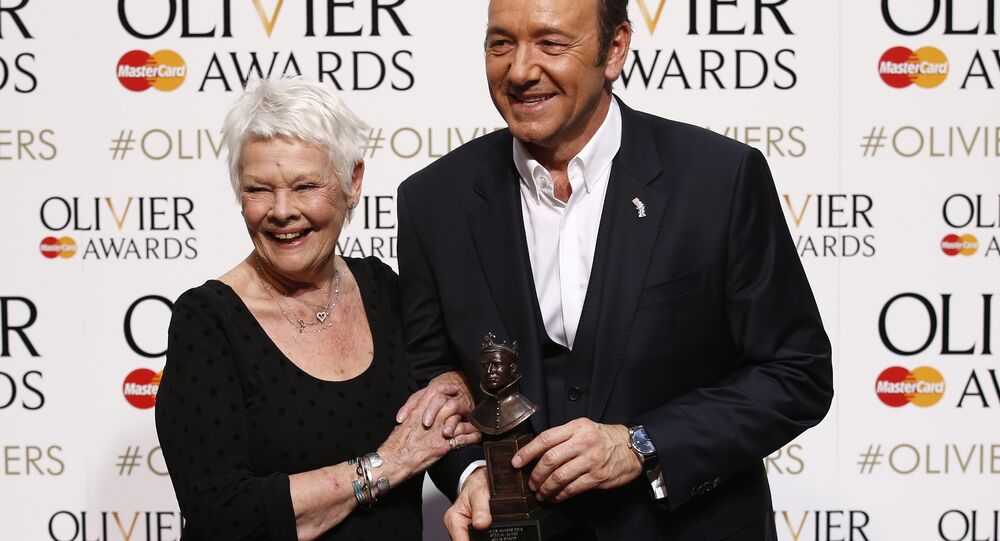 Speaking to journalists at the San Sebastian film festival, where Dench received a lifetime achievement award, the actress said Kevin Spacey was a "good friend."

She added Spacey was an "inestimable comfort" when they worked on a film shortly after her husband's death.

"I can't approve, in any way, of the fact — whatever he has done — that you then start to cut him out of films," she said at the festival.

Where did she defend his behaviour?? She merely stated he had been a good friend and in HER opinion you cannot airbrush history.🙄🙄

Judi Dench is a diamond, c'mon @KevinSpacey a lot of people missing you! https://t.co/IRcW7cq9yY

Regarding the latest story on #JudiDench, all I'll say is that maybe we shouldn't pay too much attention to a person's opinion on #KevinSpacey when they have a #HarveyWeinstein tattoo on their bum? pic.twitter.com/UeRxyt9LBV

I agree with Dame Judy Dench. Highly talented people are often flawed. Kevin Spacey is a great actor.His work was always mesmerising,to wipe it out is offensive to his audience. I can admire something wonderful without having to believe the man who created it is a saint.

Because no charges have been processed no court dates have been set or anything. It’s also interesting to note Harvey Weinstein and Roman Polanski kicked out of academy…Kevin Spacey not removed

Kevin Spacey was accused of sexual misconduct in 2017, an allegation he has denied. He has since had his highly successful role in the US TV show House of Cards terminated by Netflix.

The scandal also prompted film director Sir Ridley Scott to remove Spacey's performance from All the Money in the World and reshoot his scenes with Christopher Plummer.

Dame Judi said the removal of Spacey from the film sets a troubling precedent.

"Are we to go back throughout history now and anyone who has misbehaved in any way, or has broken the law, or has committed some kind of offence, are they always going to be cut out? Are we going to exclude them from our history? I don't know about any of the conditions of it, but nevertheless I think he is, and was, a most wonderful actor… and a good friend," the actress told the reporters.

1992 sexual assault claims against the actor have been dropped by Los Angeles authorities. However, a number of other allegations are still investigated, including three in the UK.