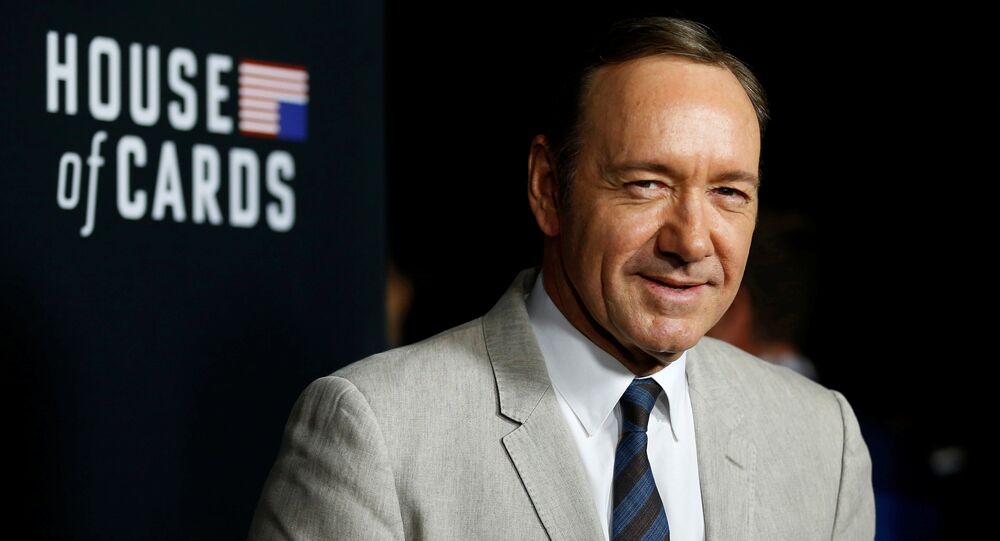 Amid a series of allegations of sexual harassment and assault, the streaming network Netflix has decided to fire Kevin Spacey from the popular drama "House of Cards" and not to release the film "Gore" starring the Oscar-winning actor.

This will give us time to review the current situation with our producing partners at MRC.

© AP Photo / Chris Pizzello/Invision
'Inappropriate Drunken Behavior': Kevin Spacey Responds to Sex Abuse Allegations
However, the dismissal of Kevin Spacey does not mean that the show will be ended, as Netflix confirmed that it would continue working with the company that produces "House of Cards", Media Rights Capital, in order to define the future of the drama.

Moreover, Netflix has also refused to release the film "Gore," in which Spacey plays the writer Gore Vidal and also acts as a producer.

Earlier Kevin Spacey apologized to actor Anthony Rapp following the accusations of sexual advance toward him more than 30 years ago, when Rapp was just 14 years old and at the same time publicly came out as gay, which caused a barrage of criticism. Meanwhile, amid the scandal, new allegations of abuse and sexual misconduct against Spacey from several Hollywood players as well as from people working on the set of "House of Cards" have emerged.