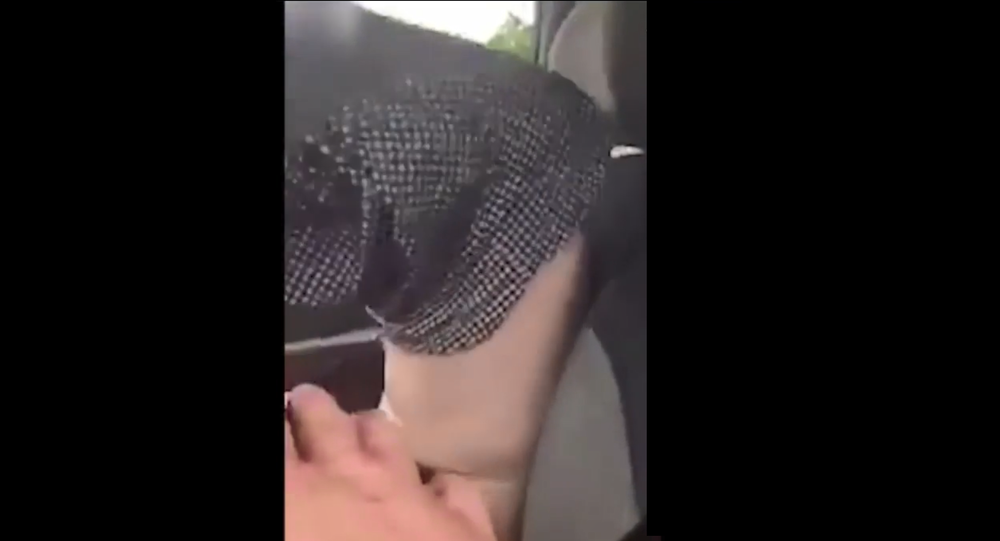 A video posted Thursday, but which the Sun claims may be more than two years old, shows the world champion pugilist tormenting a man pulled over on the side of the road by pretending to be a police officer who thinks the man has a weapon.

As the video, shot from Saunders' cell phone, unfolds, Saunders in a serious tone commands the man to undo his belt, pull his pants down and remove his shirt.

"Make no sudden movements," Saunders says with alarm. He then commands the man to remove his boxer briefs — "slowly." As the man hesitates, Saunders threatens to call for backup before asking them man to turn over and expose his rear. The man balks and Saunders walks off, cackling. The humiliated driver can be heard in the video telling the boxer to "f**k off."

Another video emerged earlier this week of Saunders tormenting a drug addict on the sidewalk.

As he and several friends taunt the woman by making her beg for cocaine and answer questions about herself, it suddenly dawns on Saunders that she is desperate enough to perform illicit acts, including sex, to get the drugs.

As a man approaches on the sidewalk the trio are initially alarmed, but then the boxer tells the woman if she hits the man he'll give her 150 pounds' worth of crack. He eggs her on by telling her that the man is "a pedo."

After the woman strikes the man, calling him a pedo, the man, obviously incensed but clearly confused, stands by for a moment as Saunders feigns epiphany, saying, "Oh, he's not a pedophile!"

As the group attempts to apologize, the man yells back, and as he and the woman argue, Saunders drives off.

While the boxer later apologized on Twitter, dismissing it as mere "banter," the British Boxing Board of Control has charged him with misconduct, and Saunders will face a hearing next week, the Star reported.

Further, a spokesperson for South Yorkshire Police told the Star earlier this week, "A woman is offered drugs in exchange for committing an act of violence, and potentially committing a sex act in public."

"Officers will be looking to identify and speak to all of those who feature in this sickening video, and a full investigation will be carried out into the number of offenses that have been captured on film, including the offer to supply Class A drugs, aiding and abetting an assault, assault and public order offenses," they continued.