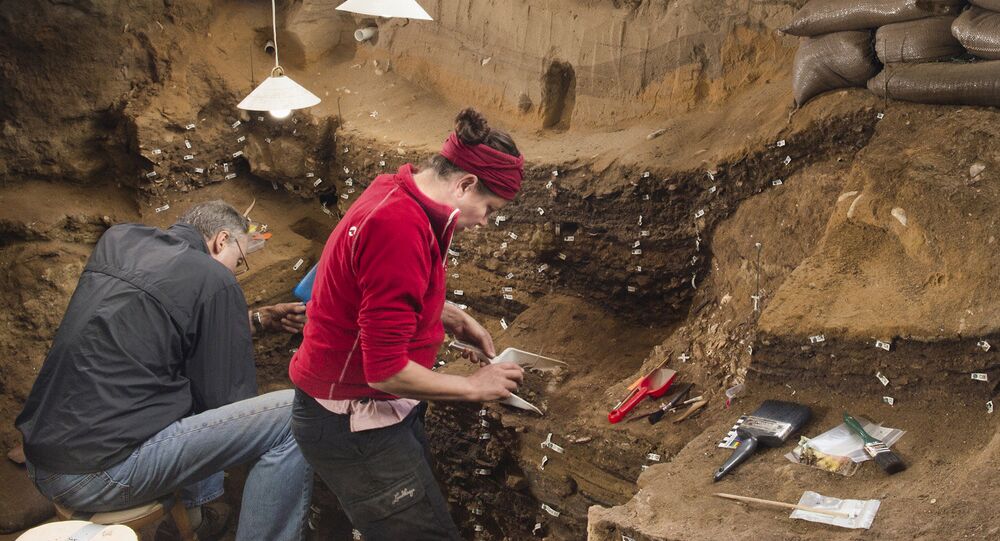 A recent discovery made by Norwegian researchers in South Africa predates the artefacts previously believed to be the world's oldest drawing by thousands of years. The history of humanity needs to be re-written, they claim.

Researchers from the University of Bergen have found an abstract drawing in a cave in South Africa. At 73,000 years old, the red pigment lines are seen as the world's oldest artwork, implying that Homo sapiens developed abstract communication much earlier than previously believed, the researchers claim in their article in the science magazine Nature.

The cross-hatched pattern consists of three lines drawn one way and six lines drawn across. Drawn with an ochre crayon on a ground silcrete flak found in the Blombos Cave in the Middle Stone Age, it predates the earliest previously known abstract and figurative drawings, such as the cave paintings of El Castillo in Spain and Chauvet in France, by at least 30,000 years.

According to the newly established Center for Early Sapiens Behavior at the University of Bergen, the find is the earliest demonstration of the Homo sapiens' artistic and communicational abilities.

"This means that people could communicate visually more than 15,000 years earlier than the first modern people left the African continent and wandered out to Asia, Australia and Europe," professor Christopher Henshilwood at the University of Bergen, who has led the excavations, told the Norwegian daily Aftenposten.

Together with Dr. Karen van Niekerk, Henshilwood has run the excavations for over a quarter of a century. After the cave was used by various tribes, it was exposed to major climate change, including major changes in the sea level. However, as it was filled with sand, it protected the unique drawings. Over the years, numerous discoveries of early humans were made, including teeth and beads. Coupled with other discoveries, the drawing also proves that the early humans were far more advanced than previously thought.

"[The lines] are a means of communication. They are part of a symbol that a human had to convey as a message to a fellow human. This is a sign of the ability to store information outside of the human brain. Those who read the information were able to understand it. It means that these people had a developed language system," Henshilwood explained.