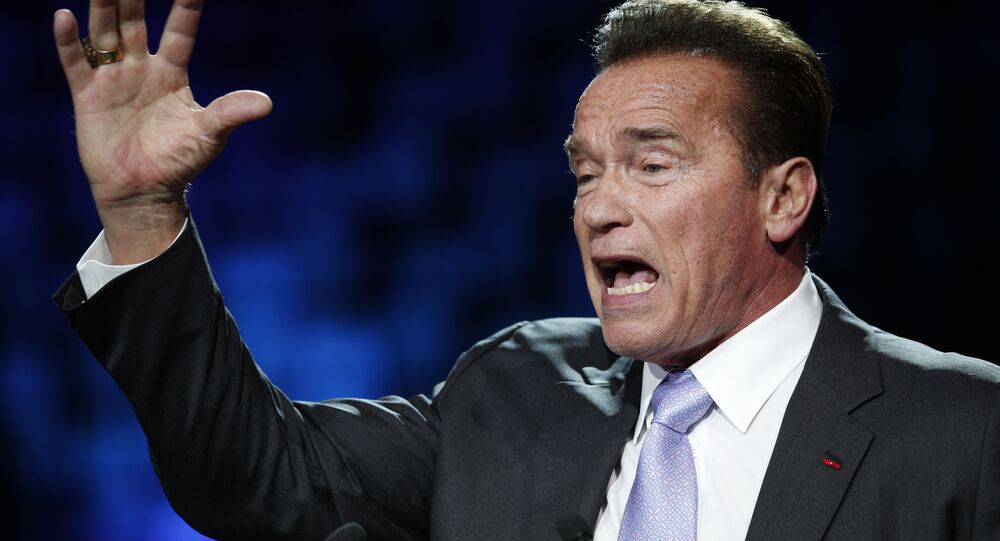 The former California governor has long pushed for an end to gerrymandering, suggesting that only a Supreme Court decision could change the system.

Arnold Schwarzenegger is now raising money for four different state initiatives to terminate the process of drawing congressional districts in such a way as to give one party an electoral advantage, known as gerrymandering, “once and for all.”

The Hollywood star has launched a “crusade” to terminate gerrymandering, and promised to “fly one lucky supporter to Budapest to hang out with me on the set of Terminator.”

The Terminator star, who has already garnered nearly $16,400 of his $20,000 goal, has taken his campaign to Twitter, having even created his own meme on the subject:

It’s time to #terminategerrymandering but I need your help. I’ll fly one donor out to the Terminator set to hang with me. Donate here: https://t.co/7ozKCXAVTf pic.twitter.com/IHtdXaMKe9

Unsurprisingly, social media users couldn’t refrain from penning comments once he tweeted the meme, with one netizen even branding him the “Memeinator”:

@Schwarzenegger is now meme-ing (for a decent cause, too!). As if my love for this man couldn't get any deeper. #Gerrymandering #STAHPIT #terminategerrymandering

Arnold is now the Memeinator

Arnold Schwarzenegger posting a meme this is peak 2018

Others suggested that it was time to say goodbye to gerrymandering in an apparent allusion to the movie, Terminator:

“Come with me if you want fair elections”