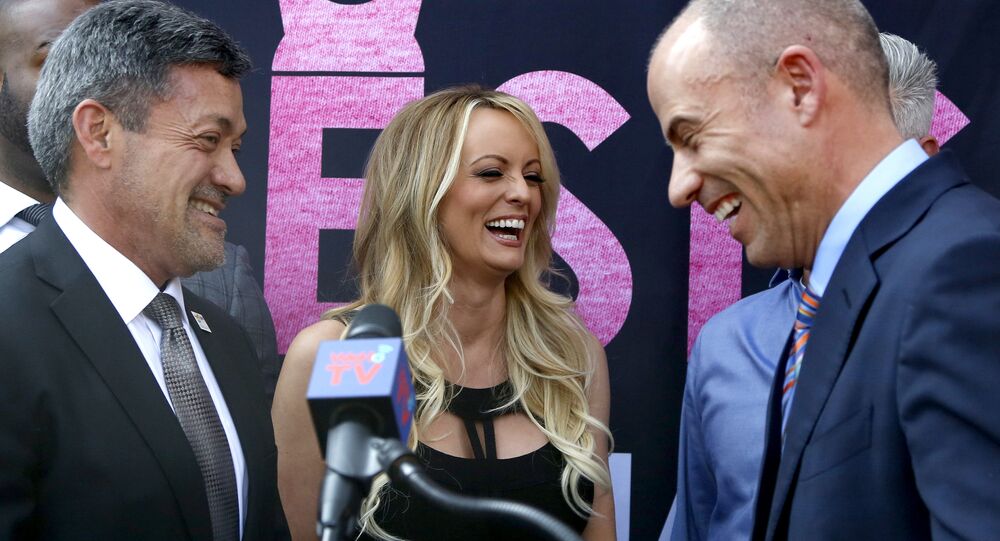 © CC0
Trump’s Freudian ‘Massages’ Tweet Ridiculed in Social Media (PHOTOS)
Currently in Iowa — the US state that holds the first presidential caucus in each election cycle — Avenatti revealed to the Des Moines Register on Thursday that he is considering tossing his name into the presidential race.

"I'm exploring a run for the presidency of the United States," he told the publication. "I wanted to come to Iowa and listen to people and learn about some issues that are facing the citizens of Iowa and do my homework."

The notoriously aggressive lawyer asserted that he is not doing this as a publicity stunt. "I would never think to come to Iowa in order to use the state or the people of the state to raise my profile," he declared.

"Obviously if I do this, then I intend to work hard and I know that ultimately the trust of the citizens of Iowa is going to have to be earned," he added.

On Friday, the 47-year-old California native — hinting at the Trump administration — told Iowa station WMUR9 that the integrity of the White House needed to be restored.

"I certainly think that part of this effort is going to be centering on the fact of restoring integrity and respect to the office of the presidency," he said. "I, like many, had hoped that the office would change the man as it relates to Donald Trump, but unfortunately, it's clear to me now that Mr. Trump has changed the office."

Avenatti saw himself thrust into the national spotlight by representing Daniels, who is suing US President Donald Trump over a $130,000 nondisclosure agreement she signed just days before the 2016 presidential election.

The hush agreement prevented Daniels from discussing a 2006 affair she had with Trump. Daniels, whose real name is Stephanie Clifford, is arguing that the agreement is invalid because Trump did not sign the document.

Avenatti is expected to travel to New Hampshire in a few weeks to meet with voters in that state.