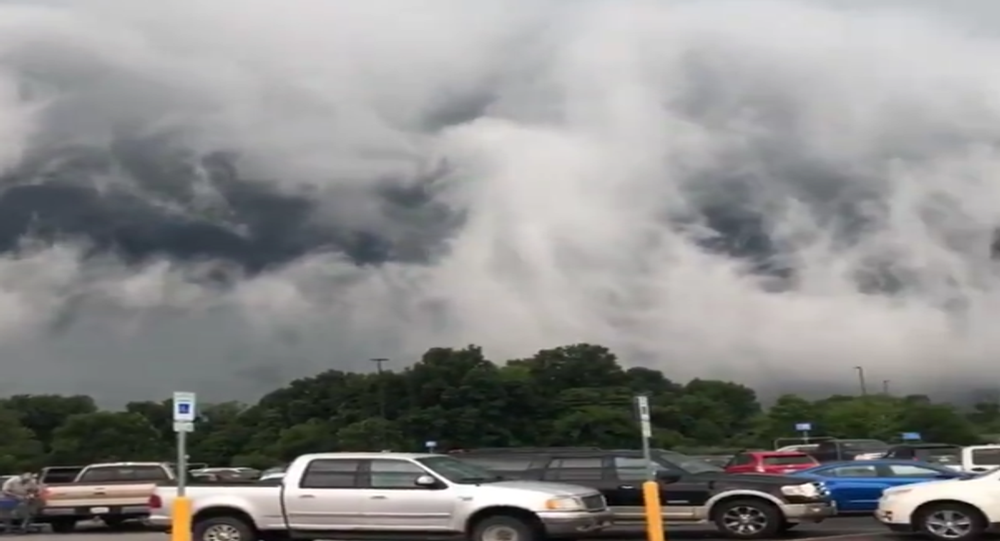 In a video posted online, a giant tsunami-shaped cloud structure is seen "rolling" onto the small town of Anna in southern Illinois.

The odd-looking natural phenomenon gave chills to a handful of netizens, who came up with some really apocalyptic names for the clouds, "Doom Nimbus", "Doomulonimbus", and "Cumulus Apocolypious" being among the options.

This seems like a good moment for Steven King references. "What's that one Stephen king movie with the bugs that come out of the military base from another dimension," a user inquired, referring to the famous 2007 horror film named The Mist.

"I've seen the movie — Run before the creatures in the mist get you!!!" a man warned.

"If I learned anything from The Mist, it's that turning to religion during this scenario doesn't end well for anyone."

Games of Thrones fans have joined in, too.

"Nope, this is definitely north of the wall," a man said, trying to guess the location of the photo.

Some people have apparently read an extended version of the Bible. "It’s also over a Walmart. Just like the Bible predicted," cassatta posted.

It appears, however, that these spooky structures, named arcus clouds, are actually quite common in the area. They occur most often in Australia and warmer climates, but can also be spotted in moderate climates during summer, forming at the front of a thunderstorm.