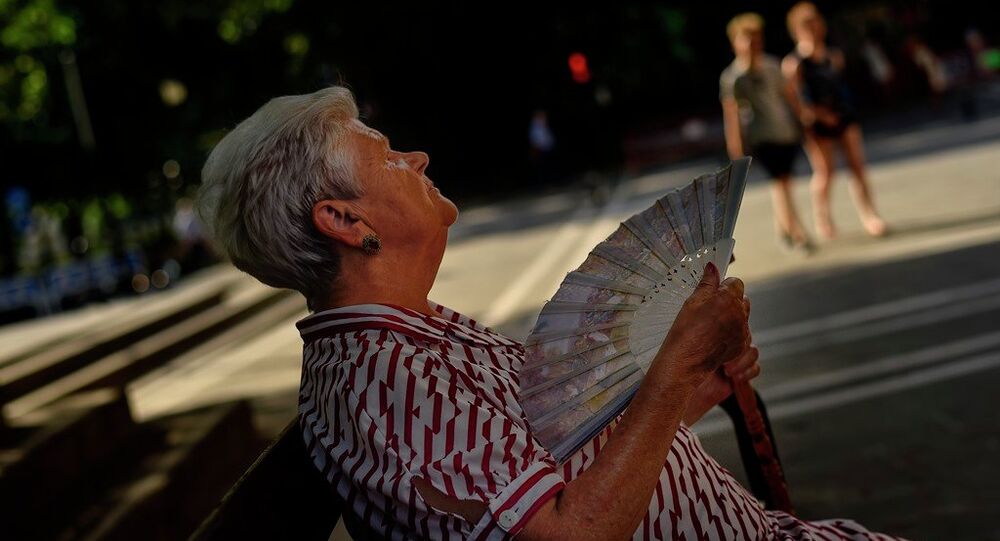 As a scorching heat wave has prompted Swedes into ransacking stores in search of fans, the market for the item has exploded, with prices growing tenfold. The sellers parry the criticism by claiming they are not doing anything illegal.

With many department stores having depleted their inventory of fans, prices on the secondary market have gone through the roof amid an unrelenting demand, Swedish national broadcaster SVT reported.

In many instances, the seller offers the much sought-after commodity to the highest bidder, with the end price exceeding that of a new fan tenfold.

Another seller admitted that the demand had spurred him into auctioning his used floor fan. Again, the starting price was set at SEK 1,500, despite the same model previously being sold for a mere SEK 50 ($6).

"Because the demand is so high, it doesn't matter to me. I earn my money. I compared my offer with similar ones. Also, it's not that I'm forcing anyone to buy," the seller told SVT, when confronted with the reasonability of the prices. While admitting that selling goods at a much higher price was "unreasonable," he still ventured it was "acceptable" due to the exceptionally high demand.

According to Cassandra Larsson, consumer adviser at Consumer Rights Organization in Gothenburg, such transactions are fully legal, only the moral and the ethical dimension are up for debate.

Although there are rules about companies regulating pricing, complaints and reclamation to the consumer's benefit, purchases between individuals are not regulated by this law. Therefore, the ridiculous prices for fans (or any other goods for that matter) are perfectly legal, as the buyer and the seller come to terms between themselves, Larsson pointed out.

"In Sweden, we have freedom of contract. As for this type of purchase, the pricing is free, so you can basically offer as high a price as you feel like. But I had no idea that the market could become like this. This makes the situation extreme," Larsson said.

The heat wave with temperatures in the low 30s Celsius, exceeding normal temps by about 10 degrees has resulted in massive forest fires across Sweden. Many locations have approached or surpassed their highest temperatures for this time of the year.

The blazing heat has resulted in massive rail closures across the country for fear of damage to the tracks.