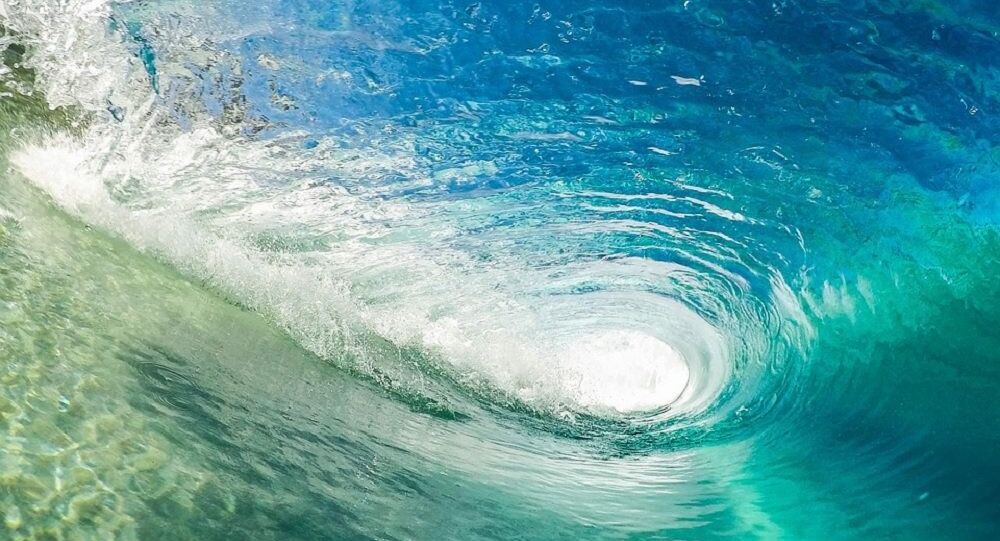 Roger Freeman, a 54-year-old resident of Hingham, Massachusetts, was living his best life this past week when he decided to head out to Cape Cod to enjoy the coast and do a bit of paddleboarding.

But what Freeman didn't realize is that while he was enjoying his final day on the water this past Sunday, he was being followed by a shark larger than his 9-foot paddleboard.

​Freeman didn't exactly have the "Jaws" theme song to alert him to his new friend, and it seems not even the whizzing drone flying overhead was enough to alert him to the danger that lurked a few feet away. Luckily for Freeman, the shark ultimately lost interest in tailing him.

​That's not the end of the story, though. The drone's operator, Cody DeGroff, managed to snap a few pictures of the watery hunt.

DeGroff told The Boston Globe that when he captured the images, he was actually looking for sandbars, as he is a surf photographer. It was his first time experimenting with the drone.

As for Freeman, he didn't realize what had happened until he returned to the beach more than an hour later and was approached by one of DeGroff's friends. It was then that Freeman saw the first image of himself on his paddleboard, floating next to the shadow of a great white shark.

"My first reaction was, ‘Wow! That's an awesome picture. Who is that guy?'" Freeman told the Globe. "Then this surreal feeling set in."

In a Facebook post, Freeman explained that after he noticed the drone flying about, he took a look around to make sure all was well on the water, but apparently he didn't notice any sharks. "While paddling and waiting for a wave to ride I heard the drone flying overhead a few times, and that gave me pause to think and be aware, but I didn't see any big shadows in the water, or fins," he wrote. "I remember thinking ‘a drone is cool security, if he sees a shark approaching he could come give me a waggle as warning and I would make my escape — or panic and fall in.'"

This, as is evident, was not the way things turned out.

Looking back on his near-near-death experience, Freeman added in his post that he wished authorities on Cape Cod would take more proactive measures when deploying safety protocols to protect surfers and beachgoers alike from sharks and other aquatic predators.

"Cape Cod could do a better job with shark precautions or try to mitigate the inherent risks of so many people in proximity to these wild and wonderful creatures," he added, stressing that a "shark drone patrol" program could be launched to alert lifeguards.

Freeman told the Globe he feels lucky the shark turned its attention away from him.

Photos of the close encounter were shared on Monday by the Atlantic White Shark Conservancy, which revealed that the images had been taken just north of the Nauset public beach. The conservancy is currently on its final year of a four-year study of the area's shark population.