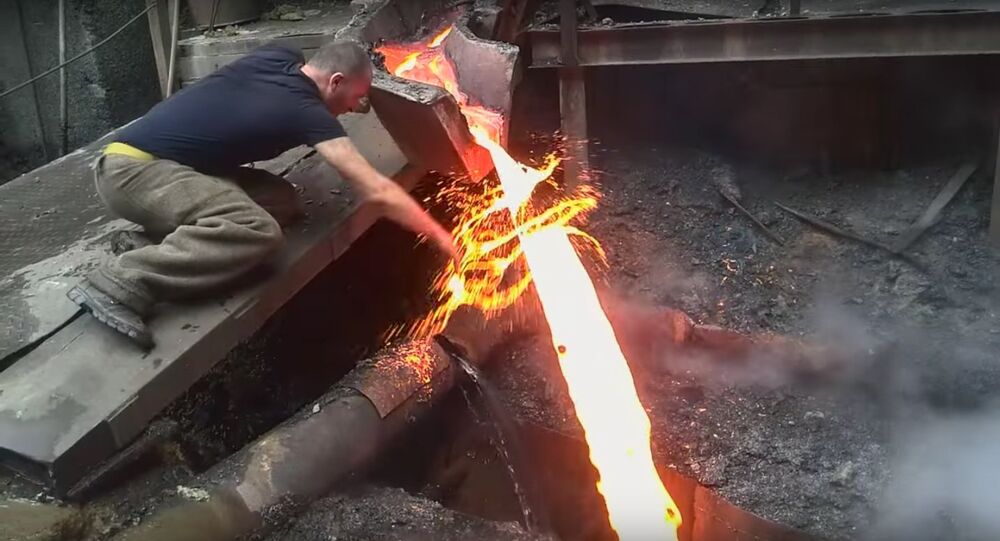 Sometimes all it takes is knowledge of physics and a little bit of courage for a man to emerge unscathed from an otherwise life-threatening situation.

The full video of this scene, which is available on Youtube, clearly depicts how a steel mill worker quickly slashes his bare hand through a stream of molten metal without sustaining any burns or injuries.

The post, titled ‘Has anyone REALLY seen a Russian die?’ (as the original poster apparently thought that the man in the video was Russian) accrued over 54,000 upvotes, with many users wondering how the man managed to emerge unharmed from the feat.

Some redditors however were quick to point out that the man merely made use of the Leidenfrost effect: a physical phenomenon in which a liquid which comes into contact with a mass significantly hotter than the liquid's boiling point, and quickly produces a layer of insulating vapor, keeping that liquid from boiling rapidly.