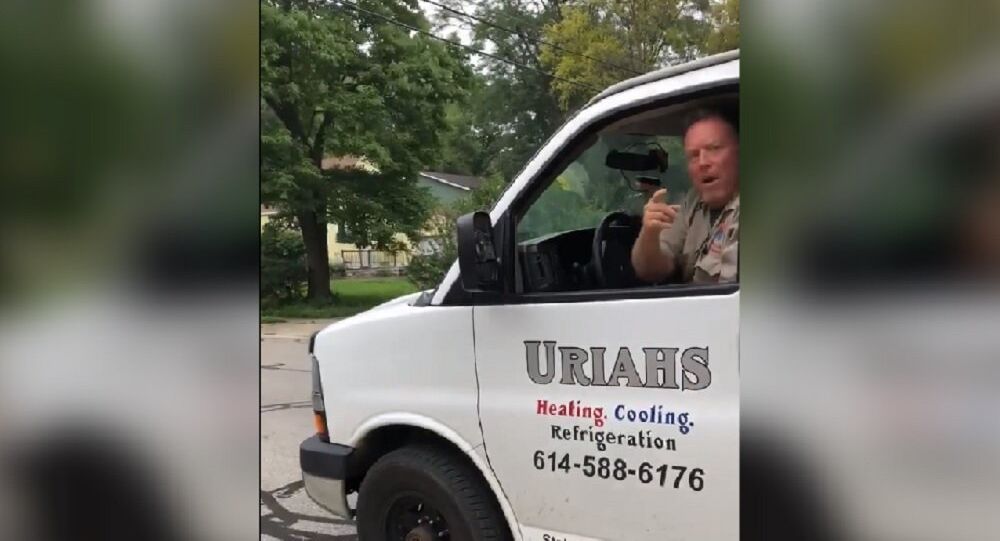 A video in which a white man driving a van is seen attacking a black guy with racist slurs, has brought together thousands of people on social media, who have unanimously called to boycott the man.

In a video that has racked up 2.2 million views on Facebook, Charles Lovett, an Afro-American, filmed a driver who followed him home in Ohio and repeatedly called him the N-word.

"‘You wanna let me know how much of a n****r I am?" Lovett is heard asking, claiming that the man didn't know how to "read signs."

"Yeah, I want to let you personally know how much of a n****r you are… because you're a rude n****r and you cut me off in my lane," the man, identified by locals as state contractor Jeffrey Whitman, uttered. He went on to berate Lovett, claiming that the black man was "entitled" and claimed he got "everything for free."

The video caused an avalanche of outraged comments on Facebook and Twitter, with many users calling the company to sack the racist.

What an a**hole. I am disgusted that anyone acts that way.

Twitter did it’s thing. The mailbox is full. This guy will be out of a job by the end of the day.

I'm glad he said he doesn't want an apology. These people spewing hate day in and day out only say sorry because their livelihoods are hurt. They are sorry for themselves, not for how they act. They can't take it back.

You got fired for being a racist fool, hold my beer.

"The way I confronted him, I confront him as hey you cut me off," Whitman said in an interview with NBC4. When asked whether he regretted what he said, the driver answered, "Not whatsoever."