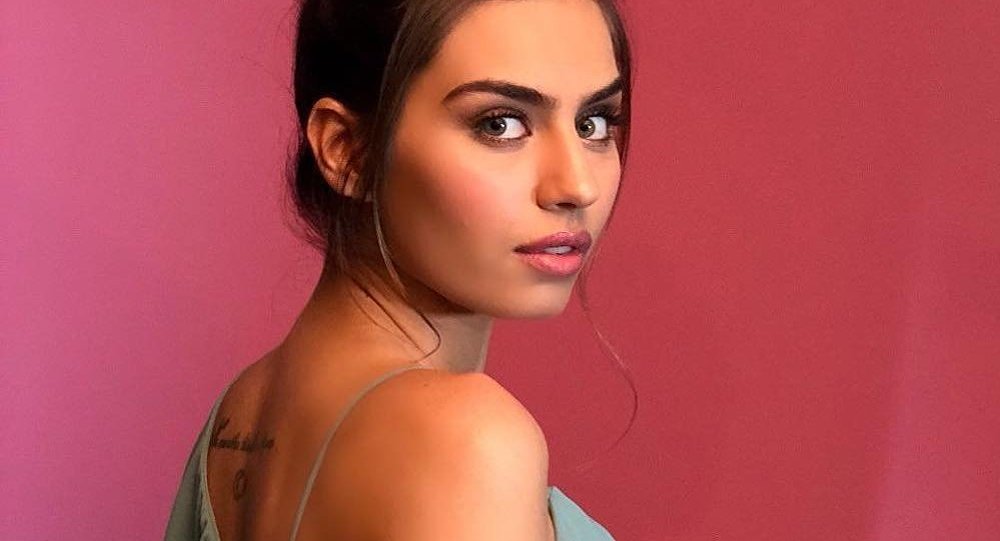 The Arsenal midfielder Mesut Ozil has announced his retirement from international football with Germany, citing “racist and disrespectful” treatment after posing for a picture with the Turkish President, Recep Tayyip Erdogan, in May.

As Ozil broke the news about his departure from Germany’s national team to the world, his fiancée, Miss Turkey 2014, Amine Gulse took to Instagram to support the footballer, posting their selfie and sharing his statement with her 1.6 million followers with the caption, “I’m always by your side, I’m proud of you my love.”

Initially, the couple avoided public attention, but they have been dating for over a year now, with Ozil proposing to Gulse last March.

In a three-part statement posted on his social media accounts, Ozil, who has Turkish ancestry, defended his meeting with President Erdogan, blasted the “mistreatment” from the German Football Association (DFB), and said that he was “a football player and not a politician.”

“My job is a football player and not a politician, and our meeting was not an endorsement of any policies. The treatment I have received from the DFB and many others makes me no longer want to wear the German national team shirt. I feel unwanted and think what I have achieved since my international debut in 2009 has been forgotten.”

The past couple of weeks have given me time to reflect, and time to think over the events of the last few months. Consequently, I want to share my thoughts and feelings about what has happened. pic.twitter.com/WpWrlHxx74

“It is with a heavy heart and after much consideration that because of recent events I will no longer be playing for Germany at international level whilst I have this feeling of racism and disrespect. I used to wear the German shirt with such pride and excitement, but now I don’t. I feel unwanted and think that what I have achieved since my international debut in 2009 has been forgotten.”

Ozil, who helped Germany win the 2014 World Cup, has revealed he and his family have been abused on social media; they have also received hate mail and threatening phone calls.

In May, Ozil and Ilkay Gündogan, another German player of Turkish descent, faced massive backlash after meeting with Erdogan, as many claimed they assisted in his “election campaign stunt.” 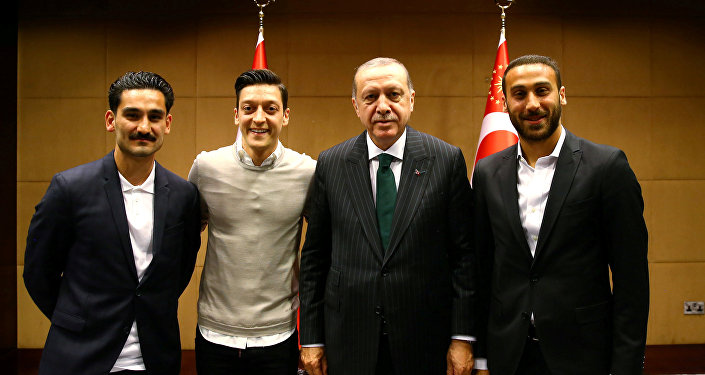 © REUTERS / Kayhan Ozer/Presidential Palace/File Photo
German Football Stars of Turkish Background Under Fire for Meeting Erdogan
At the time The Telegraph cited the deputy speaker of the German Parliament, Hans-Peter Friedrich as saying, “It’s strange that German footballers would let themselves be used in the election campaign of a Turkish president who has so recently made disparaging remarks about Germany.”

The DFB also rebuked the two players, having issued a statement saying:

"Of course the DFB respects the special situation of players from migrant backgrounds. But football and the DFB stand for values that are not sufficiently respected by Mr. Erdogan. Therefore, it is not a good thing that our internationals have let themselves be misused for his election campaign stunt. It certainly hasn't helped the DFB's integration efforts," the statement by DFB President Reinhard Grindel read.