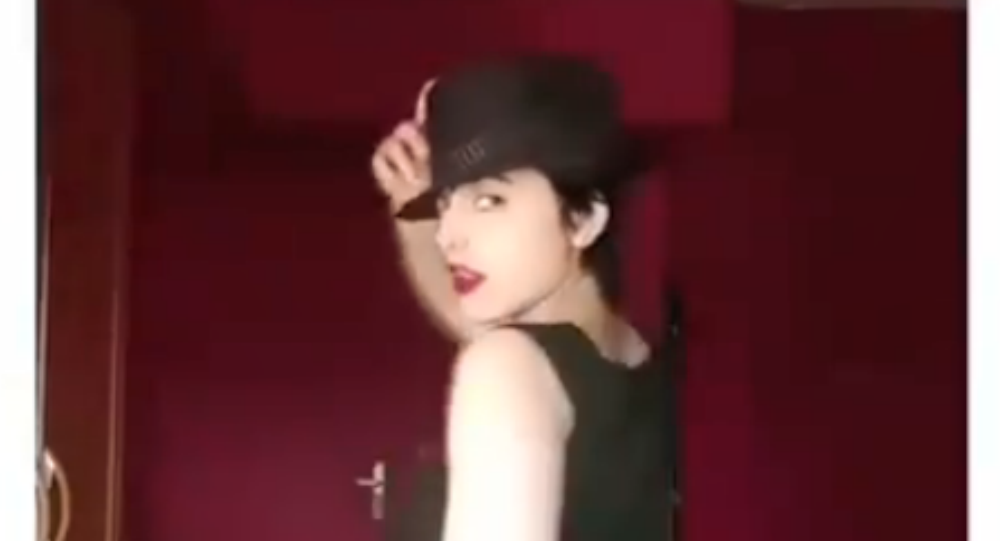 Iranian women are sharing videos of themselves dancing on social media after an Iranian teenager was arrested last week for uploading videos of herself dancing on Instagram.

Maedeh Hojabri, an 18-year-old Instagram star in Iran who has almost 70,000 followers, was detained last week after she shared videos of herself dancing on the social media platform. In many of the videos, she was not wearing a hijab, which women in Iran are required to wear in public.

On Friday, Iranian state TV broadcaster IRIB aired a video in which a crying and shaking Hojabri says she regrets recording and uploading the clips. Some have noted that the confession may have been forced, allegedly a common tactic used by Iranian authorities.

"It wasn't for attracting attention," Hojabri says in Arabic in the video, the Guardian reported Monday.

"I had some followers and these videos were for them. I did not have any intention to encourage others doing the same… I didn't work with a team, I received no training. I only do gymnastics," she added. There is currently no indication as to when Hojabri will be released from detention.

Iranian authorities have also detained several other unidentified women for uploading similar dancing videos on their social media accounts, the Washington Post reported Monday. However, all of the women have reportedly been released on bail as of Monday. In addition, according to Iranian media outlets, authorities are considering shutting down access to Instagram in the country completely.

However, that hasn't stopped Iranian women from taking on social media to share videos of themselves dancing in public with hashtags "#dancetofreedom" and "#dancing_isn't_a_crime."

On July 7, Iranian blogger Hossein Ronaghi shared a video of herself dancing on Twitter with the translated caption, "If you tell people anywhere in the world that 17 and 18-year-old girls are arrested for their dance, happiness on charges of spreading indecency, while child rapists and others are free, they will laugh! Because for them, it's unbelievable!"

This is not the first time Iranian authorities have arrested people for this sort of thing.

In 2014, a group of Iranian Pharrell Williams fans filmed themselves dancing to the star's hit song "Happy" in Tehran. The video, which quickly went viral, was strongly disapproved of by Iranian authorities, who swiftly arrested the video participants. The individuals were later released after making confessions on Iranian TV. The video is no longer available for viewing on YouTube.