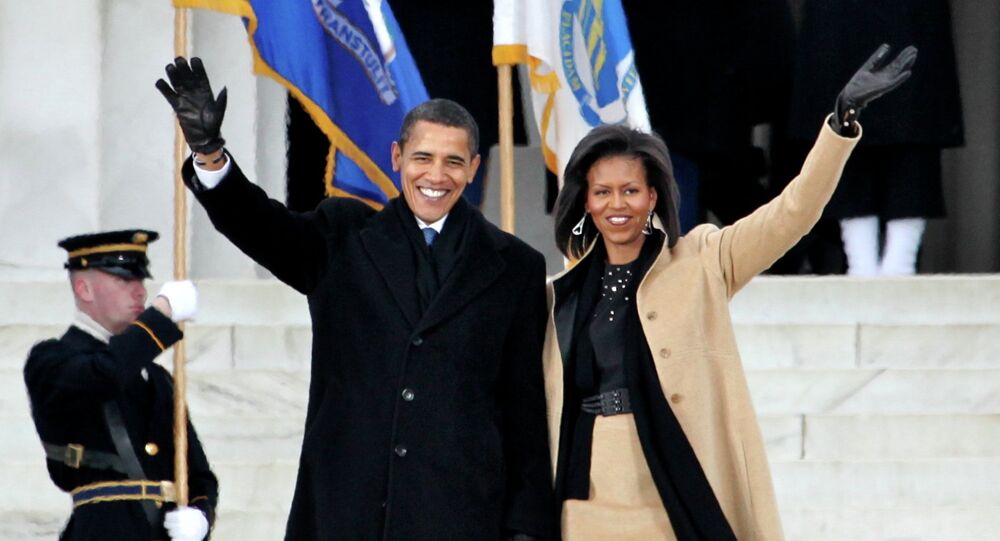 Twitter on Fire: Barack and Michelle Obama to Partner With Netflix

Former US President and First Lady have signed a multi-year contract with Netflix to produce films and series.

In a statement Netflix said that the Obamas will have the option to produce scripted and unscripted material for documentaries and feature films.

The Obamas are known to have kept themselves in the public light by organizing public speaking events, books and charity work.

© AFP 2021 / JEWEL SAMAD
Michelle Obama's Claim She Won't Run for President Sparks Twitter Debate
The agreement with Netflix, which boasts some 125 million subscribers worldwide, will give the Obamas an opportunity to reach out to a much wider audience.

"One of the simple joys of our time in public service was getting to meet so many fascinating people from all walks of life and to help them share their experiences with a wider audience," Barack Obama said in a statement.

"That's why Michelle and I are so excited to partner with Netflix — we hope to cultivate and curate the talented, inspiring, creative voices who are able to promote greater empathy and understanding between peoples, and help them share their stories with the entire world," he added.

Many Twitter users have been over the moon over the news, while some joked how Obama will get an Emmy nomination before Trump does.