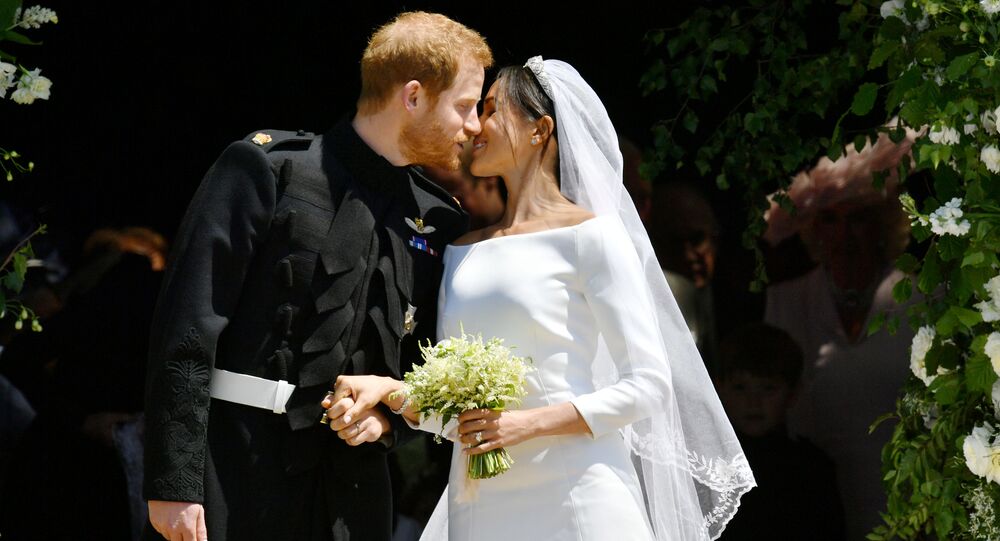 As Prince Harry and Meghan Markle trotted off to their happily ever after, some spectators noticed that there might have been some swearing involved as the emotions were running high.

Apparently both Prince Harry and Meghan Markle let a couple of swear words slip during the ceremony. Twitter users have suggested that Prince Harry may have told his bride that he was “sh**ting it” as they stood at the altar together.

The fact that Prince Harry was nervous as he waited for his fiancée was mentioned by many media outlets and social media users. However, speculation as to what he actually said to Meghan still continues.

In another instant, it was Meghan who apparently let a swear word slip out.

The couple was riding in their carriage post-wedding ceremony, waving and smiling at the enormous crowd which included tens of thousands of people.

After what seemed like a never ending procession, the newlyweds finally entered the private gardens of Windsor Castle and that’s when Meghan Markle turned to Harry and said what definitely seemed like “Oh f**k!” She even put her hand on her chest.

​It was no doubt an overwhelming procession for the two newlywed royals, and although some think she said “Oh wow!” many social media users are convinced that it was indeed the first version.

Viewers at home caught the moment, and immediately reacted on Twitter.

​And last but not the least, Prince Harry supposedly turned to his wife and told her he “needs a drink” after they finished up the procession.

On Saturday, Meghan Markle and Prince Harry exchanged vows and rings at the altar of St George's Chapel at Windsor Castle.

They were declared husband and wife in a top-tier celebration which was filled with distinguished guests.