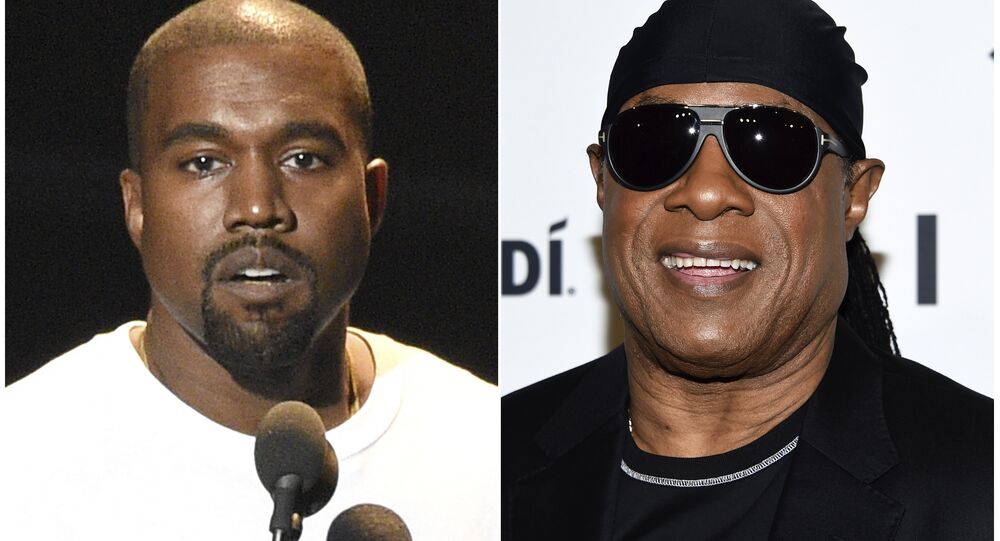 The famous rapper made his controversial remark during an interview in which he suggested that slavery was a choice made by black people, offering the justification that the practice had existed in North America for some 400 years.

American singer Stevie Wonder slammed rapper Kanye West for the latter's "slavery is choice" remark during a May 10 interview following a show at a West Hollywood club.

Wonder noted that West was wrong to say such things and that it was important to "understand that the truth is the truth and a lie is a lie."

"We all know that slavery was not a choice. So I just think that people need to understand that if you know your history, if you know the truth, you know that's just foolishness," he stressed.

According to Wonder, saying that slavery is a choice is almost equal to denying the 20th century Holocaust.

West himself compared the two historic atrocities in an infamous interview, saying that slavery is to blacks what the Holocaust is to Jews.

Stevie Wonder is a wise man… Kanye West is an embarrassment. https://t.co/XofYd3JBJL

Even Stevie Wonder can see @kanyewest is a train wreck. https://t.co/CAnNI0LMkq

Earlier this month, West's comment prompted severe reactions among Twitter users. The rapper has refused to back down from his statements.

Yeezy Does It? Pamela Anderson Asks Kanye West to Help Save Julian Assange