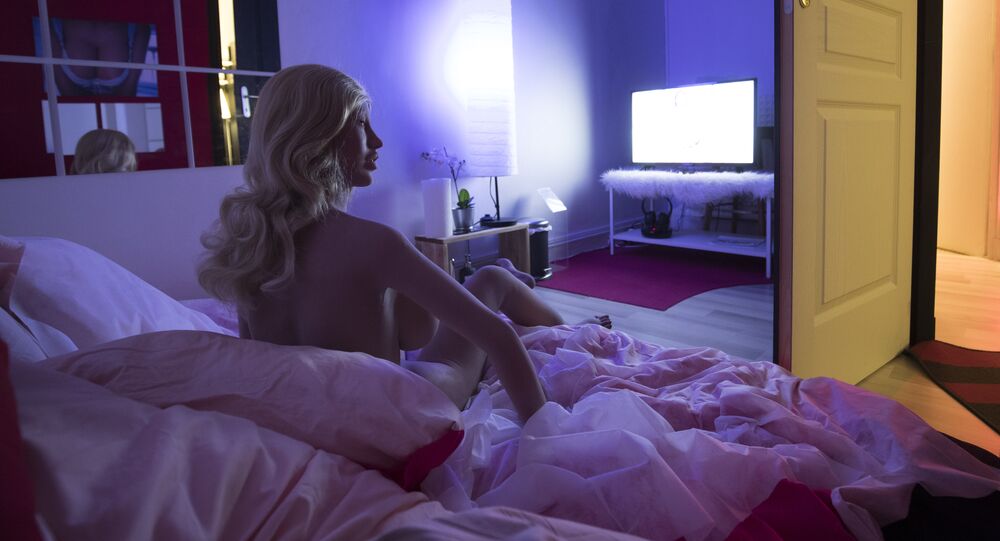 Nightlife in the Russian capital may soon take on a new variety with the upcoming opening of the first legal sexbot brothel in the country.

The new establishment is going to operate like a standard hourly rate hotel with a twist: along with renting a room (for a price of about $40 per hour), a customer could also rent a sex doll for the duration of their stay (for a total price of about $80 per hour).

© AFP 2021 / FRED DUFOUR
Dolls to the Rescue! Inventor Explains How Robot Sex Saved His Marriage
The sex robots employed by the brothel are expected to feature advanced AI, as well as motion systems and heating units allowing them to maintain a comfortable body temperature.

The company representative said that they intend to create a chain of sexbot brothels across Russia and former Soviet republics, along with a sex doll delivery service that would cater to parties and private clients.

He also remarked that establishing such adult entertainment facilities not only helps people legally improve their sexual life, but is also a step towards dealing with societal problems such as forced prostitution.