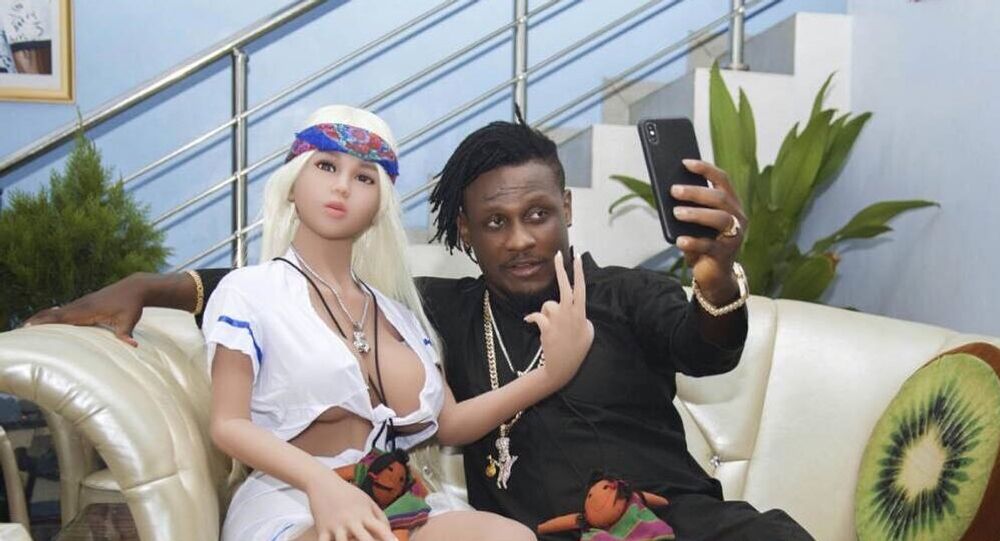 Shuga Shaa, who has named his sex doll Tontoh, said that he now no longer has to share “other people’s girlfriends” the publication Punchng reported.

He added that he also doesn’t need to wait for sex only when his partner wants it, and now he can enjoy it without “late night tears or worries”.

He uploaded a happy picture of himself with his new girl.

Welcome to Nigeria TONTOH… at least am finally free from sharing peoples girlfriends no more late night tears or worries, TONTOH will not cheat on me 🤸‍♂️🤸‍♂️😍😍😍

Sex dolls have seen an incredible rise in popularity over the past few years. Sales of sex toys on online platforms such as Alibaba and Taobao surged an average of 50 percent year-on-year over the last five years, according to a report by Global Times.

Earlier, a man working for the prominent sex dolls manufacturer EXDOLL, based in China, displayed his own collection of sex dolls to the Ruptly video agency.

A prototype talking sex doll called Xiaodie is outfitted with a WiFi port and can respond to verbal commands or receive instructions via a phone app.

WATCH A Chinese Sex Doll That Can Do the Dishes