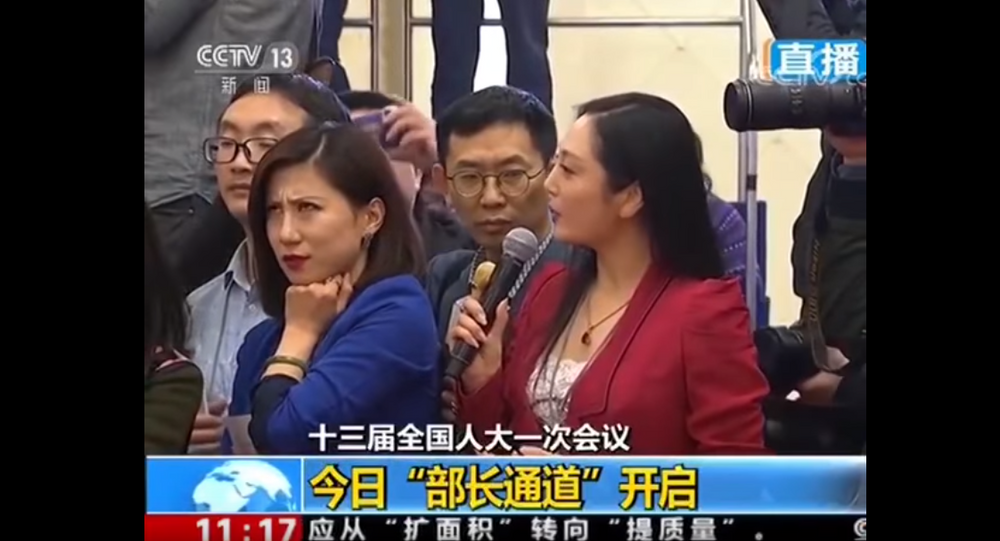 A press conference during China's ongoing Two Sessions took a dramatic turn on Tuesday when a reporter was caught on camera delivering a truly exasperated eye roll in response to a fellow reporter's lengthy query.

The moment — now in GIF form — immediately went viral on China's social media, with many saying how they shared her feelings.

Zhang Huijun, a journalist for American Multimedia Television USA, had asked a verbose question on Tuesday that rattled on for about 45 seconds from start to finish.

The stilted language and length proved a little too much for Liang Xiangyi, a reporter for China Business Network.

Liang gives Zhang a darting glare before rolling her eyes and looking away in one Oscar-worthy motion.

"The Two Sessions are important meetings. Zhang's question was so long and lacked content. She is wasting the whole nation's time," posted "laoguiwu77."

This article was originally published in The Global Times and does not reflect the views of Sputnik.