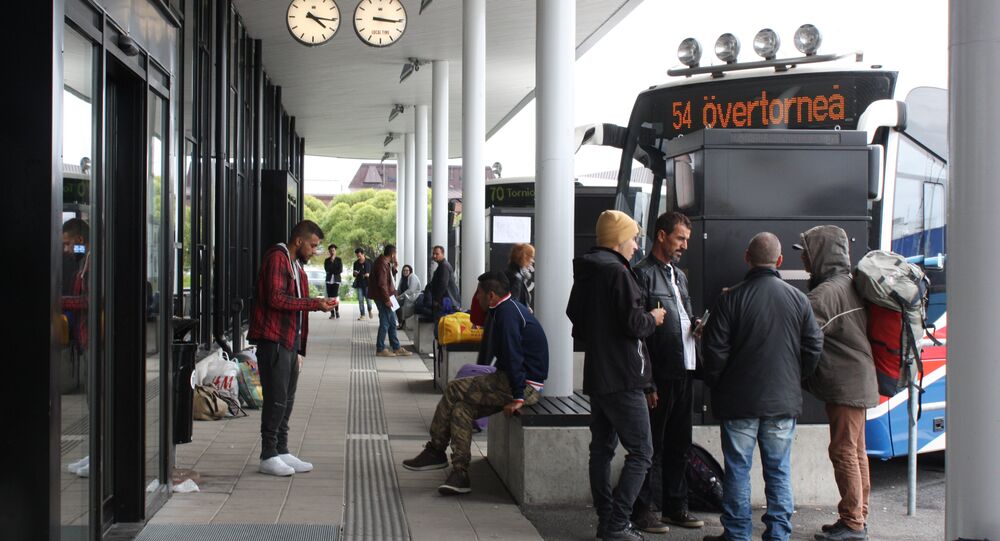 Following the judgment, which featured a conditional sentence and a fine, many Swedes were perplexed over why accusations against the senior vandal were based on the concept of racism and voiced displeasure over how the "hate laws" were implemented.

The man acknowledged the charges, admitting having scrawled "racist" messages in a shopping mall's restroom and a bus shelter.

During the trial, the man claimed to have been robbed by a gang of Arabs four years ago, a crime that was never solved. By his own admission, this incident soured his outlook on Islam and its proponents and write slurs in public places.

The district court, however, refused to regard the robbery as a provocation, as it had taken place several years earlier. Therefore, the man was slapped with a conditional sentence and 40 daily fines of SEK 100 — about $12.13 per day. If legal fees are taken into account, his guilty pleasure will have cost him SEK 12,300 ($1,500).

The judgment prompted criticism of the current Swedish law against hate crimes and its enforcement in this instance.

"Inciting hate against a group of people?! Yes, according to the district court. I repeat: The law is a rubber article and is used inconsistently (we never see corresponding cases in 'hate crimes' against, for example, Christianity) and it must be limited!" lawyer Ilan Sadé, who leads the liberal-conservative Citizens' Coalition party, tweeted.

​Other users wondered when Allah and Islam became a "population group," as the legal definition of the crime says.

"Blasphemy Laws in full bloom in Sweden. How on earth can this be 'incitement toward population group?' Does it mean you cannot say 'f**k god?' 'F**k religion?' Is religion a people's group?" writer, blogger and journalist Katerina Janouch asked rhetorically.

​"Seriously, we do not have profanity laws in Sweden, right? How can 'f**k Islam' and 'f**k Allah' constitute racism and incitement toward people's group? Had it been the same if he wrote 'f**k God' and 'f**k Christians?' If not why is that?" user Sir Mats Ekberg wrote.

​"F**k Christnianity, f**k Jesus. Will the police be after me now?" another user tried to test the practical application of the law.

At present, there is no act prohibiting blasphemy in Swedish law, as the general principle developed over the 20th century is to regard religion as a private matter. Historically, though, specific blasphemy laws were in place after being introduced by King Erik XIV in 1563. In 1970, a law focusing on "minority groups" of a specific race, skin color, national or ethnic origin, faith or sexual orientation, thus not protecting religion as such, but rather its practitioners.