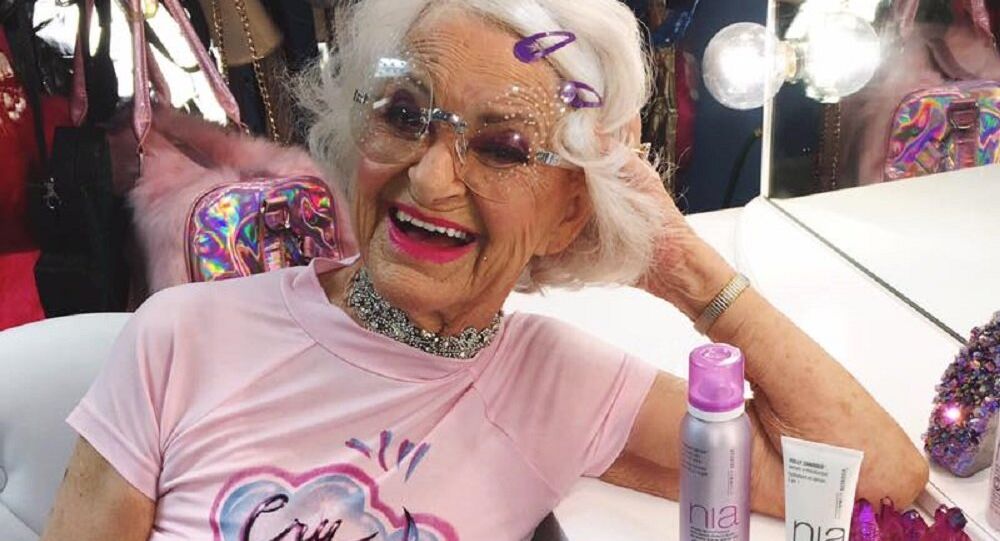 Meet the coolest grandma on the planet, who has over three million Instagram followers and has been on the cover of Paper Magazine and the face of MAC cosmetics at the ripe age of only 89!

Helen Ruth Elam Van Winkle better known as Baddiewinkle is an American internet personality. She came into the spotlight at the age of 85 becoming an internet sensation after her great granddaughter uploaded an image of Baddiewinkle wearing a tie-dye to Instagram.

She is known for wearing eccentric clothing, promoting the legalization of marijuana, and her Instagram tag line “Stealing yo man since 1928” has become a popular saying among young adults.

Baddiewinkle was born on July 18, 1928 in Hazard, Kentucky. She grew up on a farm, and spent 28 years working for Dresser Industries ordering gauges for machines.

She spent her days with engineers and her nights raising her children and grandchildren.

During an interview with CNN Money, Baddiewinkle explained that her husband Earl died in a car accident on their 35th wedding anniversary, and that her son had died of bone cancer.

"I lost my husband and my son, and I got tired of grieving so, I reinvented me," she said.

She is living proof that age really is just a number and despite her struggles, she didn’t let her issues get the best of her.

The fabulous Baddiewinkle has partnerships with companies like Burger King, she has graced the cover of Paper Magazine, and was even featured on M.A.C's website.

Her vibrant and, at times, controversial style has garnered the attention of fashion designers.

She has amassed a pretty large circle of celebrity friends. She's best friends with Khloe Kardashian and Miley Cyrus to name just a few.

In 2016 she was named "Instagrammer of the Year" at the Shorty Awards.

'We Only Come in a Double Pack': Meet Instagram's Hottest Twins (PHOTOS)