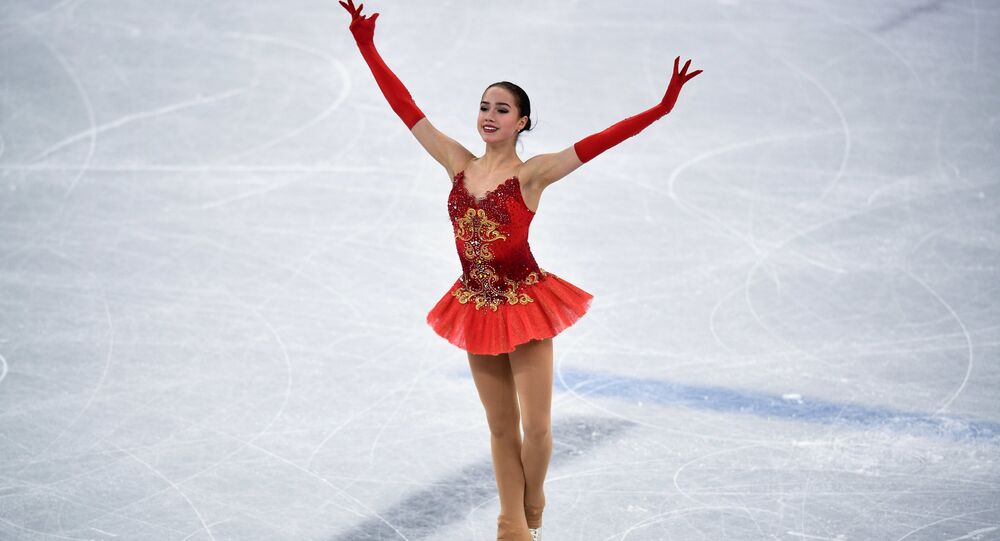 US Figure Skater in Hot Water for Slamming Russian Athlete

Netizens dismissed the 2016 world silver medalist’s remark on her Twitter as “jealousy” and asked her not to appeal to Russophobes.

Ashley Wagner, an American figure skater who is not competing in Pyeongchang, has blasted the free skating program performed by Russian athlete Alina Zagitova. Despite the fact that Wagner praised her at first, saying that Zagitova’s performance was technically perfect, in her next tweet she said that her program was “not a performance,” albeit she respected the “competitive approach.”

Ok. I respect the competitive approach. But no cannot do this set up. It's not a program. She killed time in the beginning and then just jumped the second half. It's not a performance. I understand that this is what the system allows but it's not all figure skating is about

Netizens lashed out at her, denouncing her remark about the fifteen-year-old Zagitova…

Sure everyone is entitled to an opinion, including public figures like you. But I would still say it is pretty unprofessional as a professional figure skater to make comments about a fellow skater and their program on social media in such an irresponsible and misleading way.

I don't think it's quite fair. You SAY you're not criticizing her but the tone of your tweet definitely gave the impression that you do criticize her.

…and noted that with all the pressure that Russian athletes had been through, she did a great job:

Alina has a long career ahead of her. She didn't show her best performance because of the conditions she was put in. I would LOVE to see you performing with so much PRESSURE performing as a neutral athlete in 15 y.o. I also think your post is both unprofessional and mean.

Before judging… go & show YOUR best! Then we'll see "who is who")))
Both our girls were just perfect, despite all the "shit-conditions" they were pur in.
So, please, pay attention on what YOU do… and do not break the 10th commandment. If you got, what I mean…;)

Many users thought that Wagner looked green with envy, and her mean comment reflected how jealous she was:

Maybe you’re just jealous you can’t compete with that stamina and those jumping passes? 🤔 You’re face looks a bit green with envy

Others accused her of trying to “appeal to Russophobes”:

Shes been doing the program for two years. Why are you acting like you are seeing it the first time to appeal to Russophobes. pic.twitter.com/hMfOG785qg