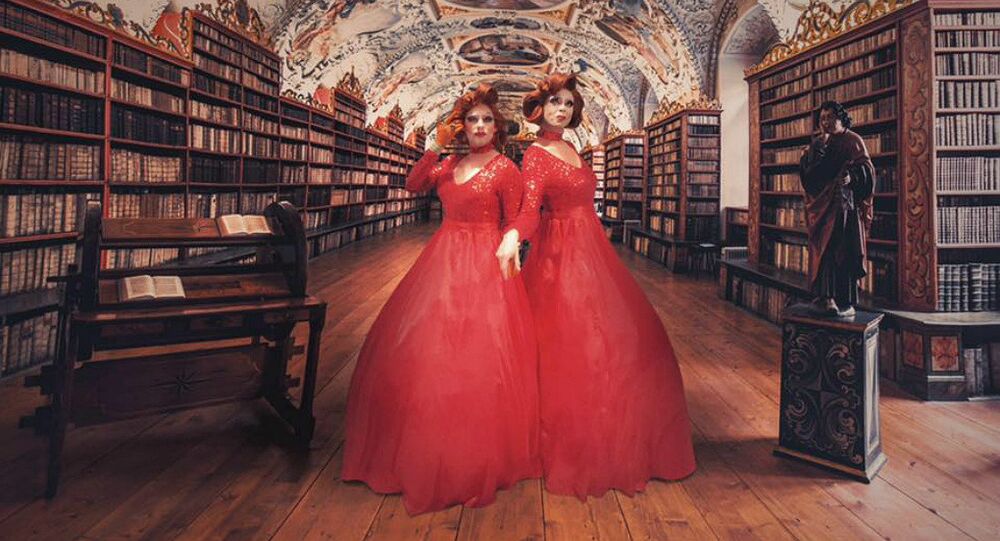 According to the library's own description of the event, "Story Hour with Lady Busty and Miss Shameless" is fit for kids aged 2 to 4.

In a bid to embrace diversity, Malmö City Library has employed two drag queens, that is, men dressed to look like women, to read fairy tales to local children, Malmö City Portal reported.

"Adorable, imaginative and very wonderful queens are holding fairy tales for children between 2-4 years old. Fantasy and storytelling have no standards or limits. Here is the fairytale where the world gets to be most diverse, great and loving," the Malmö City Library said of the event on its Facebook page.

Behind the monikers Lady Busty and Miss Shameless are a local gay couple, Stefan and Mats Andersson, the local news portal Malmö24 reported. The two came up with the idea and will read stories to kids at the library. By their own admission, both have been drag queens for many years and work with children. They held their first Story Hour during Malmö Pride in 2017. According to the Anderssons, or Lady Busty and Miss Shameless, this spring's storytelling nights will be most important for the children.

"I think it's very useful for the children. Drag queens mostly appear on television, at night clubs and pride parades, often detached from the kids. But the children are so spontaneous and aren't afraid to ask anything," Stefan Andersson told Malmö24, arguing that it was important for the children to break restrictions and norms and see the positive in not having limitations.

© CC0
The Horse Who Wanted to Be a Dog: Swedish Kids Taught About Transsexuality
By Andersson's own admission, the choice of stories will reflect the notion that it is not obligatory for the boys to wear blue and for the girls to dress in pink. Another idea to be reflected in the Story Hour is the notion that everyone is equal.

"Everyone is different. We come from different directions, different cultures, we are different and behave differently from each other. It's important not to be afraid of that little unknown that you have not seen before," Stefan Andersson explained.

Malmö Library communications officer Johan Björkwall stressed that the library was "LGBT-certified" (a procedure arranged by The Swedish Federation for Lesbian, Gay, Bisexual, Transgender and Queer Rights or RFSL) and actively working on these types of questions. On its webpage, the library, which claims to promote an "inclusive space," maintains a special section with tips about available LGBT-related books and films.

The first drag storytelling night will take place on February 17, followed by March 17, April 14 and May 5.

The concept of Drag Queen Story Hour, in which drag queens read stories to children in libraries, schools, and bookstores, originated in San Francisco. According to the webpage of the DQSH movement, kids are able to see people who "defy rigid gender restrictions" and "imagine a world where people can present as they wish."