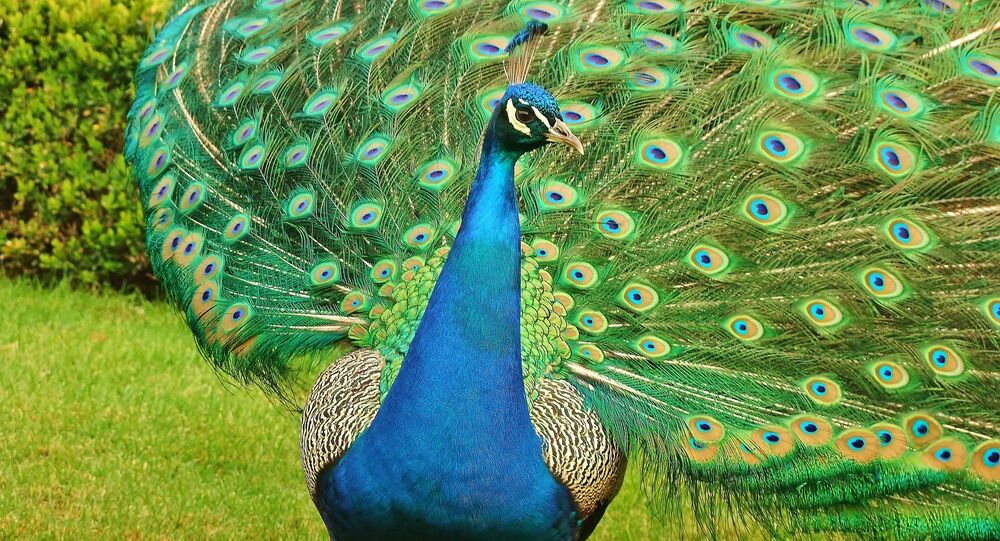 Dexter the Therapy Peacock Barred From Boarding a Jet, to Owner’s Distress

There are all sorts of things that provide emotional support, from a cross hanging on a chain to a lap dog desperately barking whenever a stranger comes around, and it can be genuinely distressing when we have to part with them, even for a couple of hours.

A photographer from New York has reportedly been banned from taking Dexter, her beloved stress relieving peacock, aboard a jet.

Although Ventiko, a  photographer, performance artist and Dexter’s owner, bought a separate ticket for her feathered friend to travel from New Jersey’s Newark Liberty International Airport to Los Angeles on Sunday’s United Airlines flight, as the passengers were about to board the plane, the bird was given its marching orders out of health and safety concerns.

Ventiko was told by the airline that her peacock could not be allowed on the flight as it exceeded the size and weight guidelines.

The news hasn’t gone unnoticed on Twitter, with users increasingly speculating what made the photographer actually name her pet Dexter. Others found the news hilarious enough to put a 'smiley':

HILARIOUS: Dexter the peacock was just trying to go on vacation. He had a ticket and everything.>>>https://t.co/68fCHQN4va pic.twitter.com/eGl6VPl9dS

She's an artist and she named her peacock "Dexter"? WTF? Everybody who has so much as taken Art Appreciation/101 knows that "Dexter" is a name for service ducks, not peacocks.

Dexter the peacock seems to have been gathering a fan base for quite a while already:

Dexter is not only a much needed solace to its owner, but, boasting an exquisite 'crown' and richly plumaged 'train' behind, the bird has famously starred in quite a few photoshoots. The pictures are available on a specially created Instagram account:

Meet Tiny Tim, an Adorable Pet Donkey Who Thinks He is a Dog