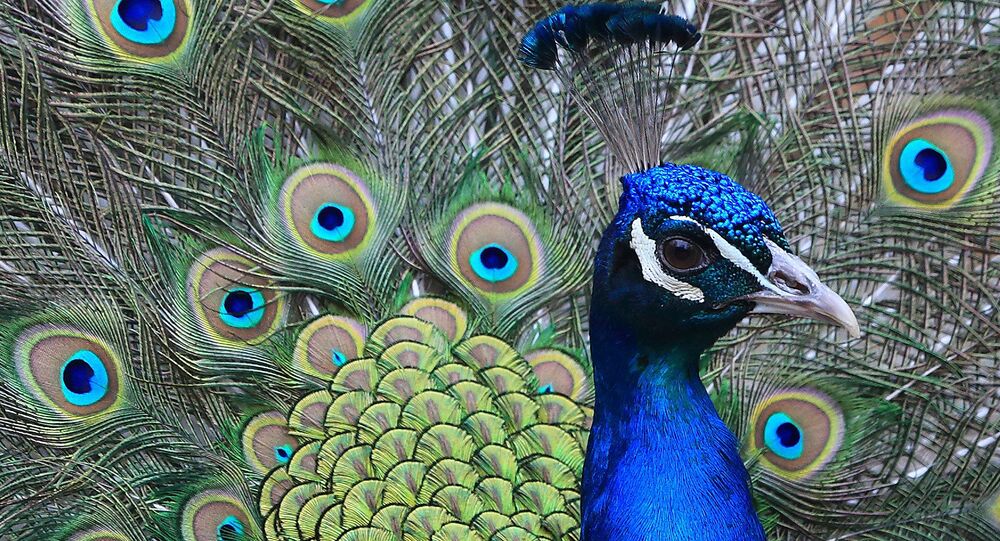 Although the unidentified woman claimed she had a ticket for her pet, the airline shot down her request.

"This animal did not meet guidelines for a number of reasons, including its weight and size. We explained this to the customers on three separate occasions before they arrived at the airport," United said in a recent statement to Fox News.

Current United guidelines state that trained service and emotional support animals must sit in front of the passenger's seat without obstructing the aisle. The passenger must also submit the mandated documents to the United Accessibility Desk at least 48 hours before the flight.

Photos of the bizarre situation were shared on Facebook by travel talk show The Jet Set on Sunday, prompting social media users to both applaud and condemn United's decision.

"I'll take the majestic peacock over the 5+ dogs that have attacked my coworkers just this past holiday season," a supposed airline employee wrote.

"I feel bad for the peacock! It should be in the wild not in a damn plane!" another user chimed in.

​This incident occurred in the wake of Delta's controversial announcement that passengers with emotional support and service animals must submit paperwork 48 hours before flying.

Starting March 1st, Delta passengers must provide certification of a flyer's requirement for an animal and paperwork verifying the animal's training and vaccinations.

However, organizations like The National Federation of the Blind (NFB) believe that Delta's new policy breaches certain provisions of the Department of Transportation's Air Carrier Access Act.

"We are particularly troubled by the requirement that guide dog users submit paperwork to Delta 48 hours before flying… Travelers without guide dogs are not required to plan their travel 48 hours in advance," the NFB wrote in a recent statement.

"We stand with NFB," said Eric Lipp, executive director of the Open Doors Organization to NBC news. "People with properly trained service animals are being punished by Delta."

"I sympathize with the airlines," Pat Pound, who travels with a guide dog, told NBC News. "More people are cheating. Airlines are trying to maintain the system. But I don't think Delta's new policies will address the problem. And, as a person with a disability, I'll end up being penalized."