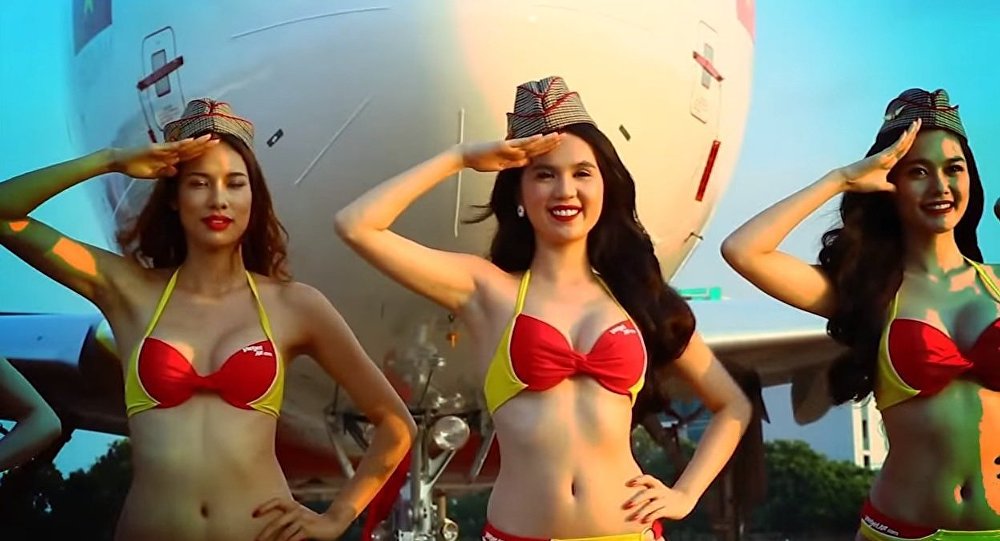 VietJet Air apparently decided that an improvised catwalk show of bikini-clad models onboard their flight is what a football team needs after playing a good game in the finals of the AFC Asian Cup.

Vietnam's U-23 football team managed to win a silver medal at the AFC Asian Cup after a tough competition, making it to the final game for the first time. They received an unexpected gift from the VietJet Air airline, which flew the team from Changzhou back to Hanoi. According to Taiwan News, it decided to invite several models to perform a bikini show onboard the team's flight.

In a video, filmed by one of the passengers and posted on YouTube, you can see that while some members of the team are enjoying the show and capturing it on their phones, others seem to feel a bit more awkward, or even embarrassed.

The performance caused a backlash against the airline on social networks and made it issue an apology, claiming that it was not planned by the company, but was added by the flight's reception team.

This is not the first time VietJet Air gets involved in a bikini scandal. The airline was fined for its controversial promo-performance, after in August 2012 flight attendants dressed in Hawaiian bikinis marched through the cabin of the VietJet flight from Ho Chi Minh City to the coastal holiday destination of Nha Trang.

It also released a hot promo calendar for 2018, featuring plenty of skimpily-clad models, posing both inside and outside of the company airliners.