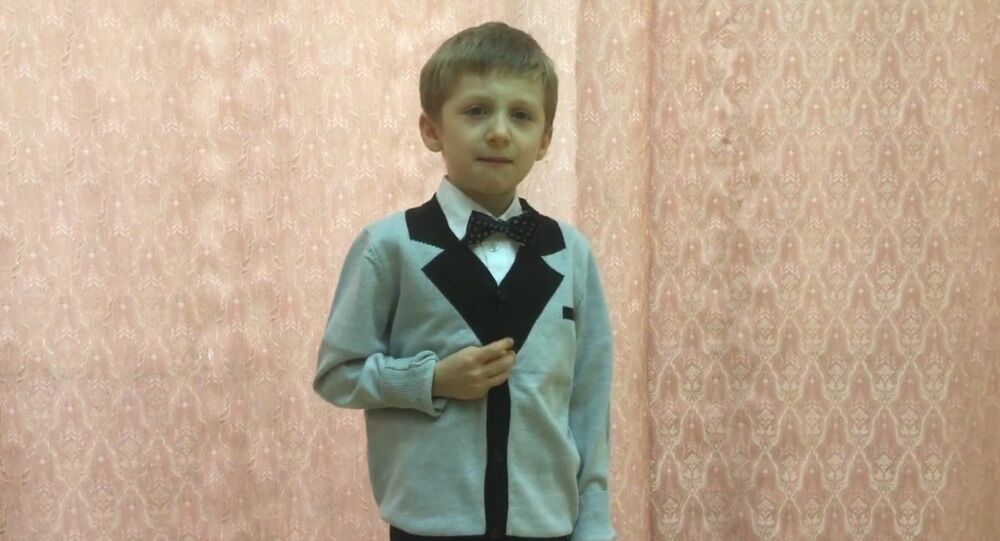 While William Shakespeare's lines seem to be a bit of a challenge even for a grown-up English native, a Russian speaking whiz kid seems to have mastered them and is now enjoying the limelight. Meet inimitable Alexander Beyleryan, an ethnically Armenian Muscovite.

The six-year-old boy, with his absolutely phenomenal memory, is deemed a polyglot by many, as he expressively articulates the Prince of Denmark monologue. Boasting a good ear for languages, he can also sing foreign songs, namely Russian, English, German, Spanish, Korean, Portuguese, and even guess melodies from the very first sounds.

It took him notably a mere two days to learn the Russian version of "To be or not be" by heart, as is clear from the video. As for the English text, his father, Gayk Beyleryan, said he had to correct his pronunciation at times. He added that he by no means forced his son on to the stage, saying Alexander loves to be in the public eye, despite his tender age, and takes enormous pleasure in reciting poems and singing songs before an unknown audience.