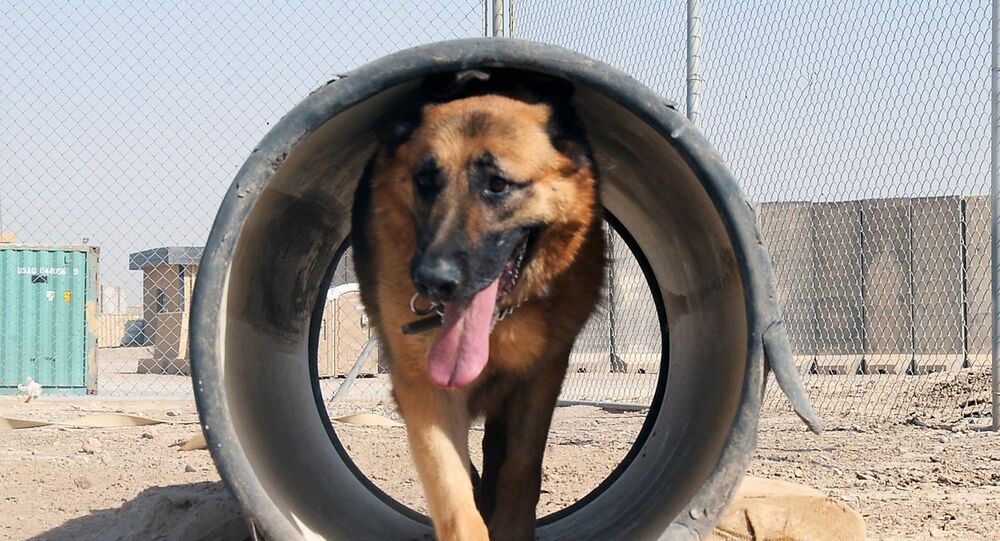 The Swedish Armed Forces have been revealed to have bought dozens of pedigree service dogs worth ten times their normal value in a shady scheme. Additionally, no public tender was held, which is a clear violation of Swedish law. An internal review by the army, however, showed no irregularities.

Between 2006 and 2014, the Swedish Armed Forces purchased service dogs in Europe for SEK 12 million kroner ($1.5 million) for its breeding program. However, no public announcement of the procurement was held, which many believed constitutes a violation of the army's own regulations.

"In my opinion, it is illegal," Andrea Sundstrand, an associate professor of Stockholm University specializing in public procurement told Swedish Radio.

© Photo : Malmö police
Nearly Invisible Threat: 3D-Printed Arms Trigger Terrorist Concerns in Sweden
The 59 Alsatians purchased by the Swedish Armed Forces had an average price of over SEK 200,000 ($24,000), well above the average market price of a healthy dog of this particular breed of SEK 20,000 ($2,400). A well-trained service dog, such as a police dog or an army dog may cost SEK 80,000 ($9,500) at best, Anne Schedvin of the insurance company Agrias told Swedish Radio.

Most of the dogs originally came from Germany, but were almost always bought via intermediaries, such as a reseller in Denmark who had personal acquaintance with employees at the Dog Service Program responsible for the breeding program. The Danish reseller reportedly earned large sums of money by buying dogs cheaply and then reselling them to the Swedish Defense at inflated prices. In one instance, a dog the armed forces bought from him for around SEK 250,000 ($30,000) had been sold only one month earlier for only SEK 19,000 ($2,200)

"This person should have never been involved in the matter at all," political scientist Jan Turvall, one of Sweden's leading public administration experts, said, calling this "foul play."

The Swedish Armed Forces, however, discovered no irregularities in its recent review of the situation, which concluded that there was virtually no reason to take further action on this issue.

"By offering prices that are perceived as attractive, we gained access to the dogs we wanted," Erik Wilson, former chief breeder of the Swedish Armed Forces, said, citing the dogs' advantageous bloodlines.

"I don't know what kind of bloodlines this is about, but even if they were the world's best, the price is still incredible," Lars Neij said.

Despite the measures taken, however, many of the dogs in the military breeding program were discovered to have scratching issues and hip problems, while a substantial portion were even unable to have puppies, Swedish Radio reported.