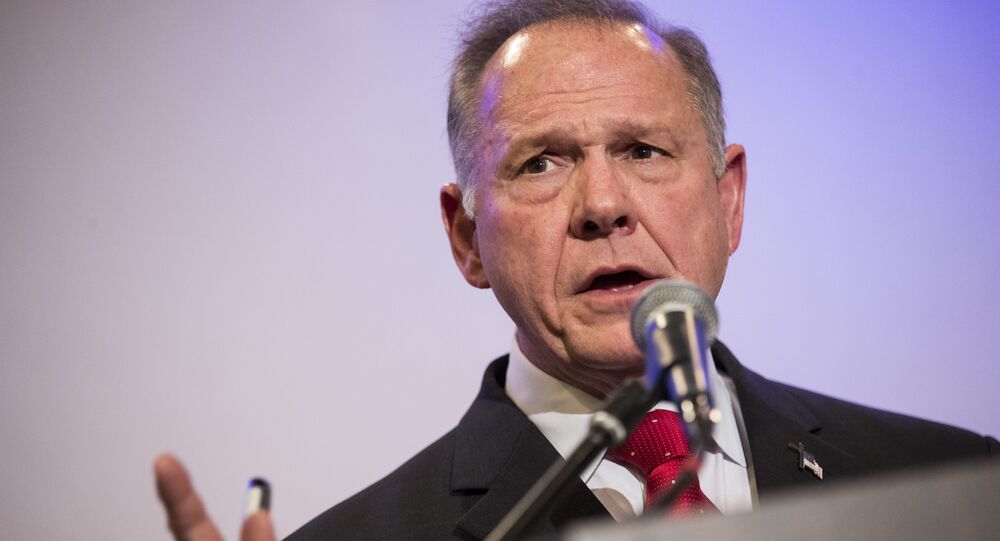 A recent campaign comment by Alabama Senate candidate Roy Moore, who said that the last time America was great was during slavery, has been unearthed to much opprobrium on Twitter.

Controversial candidate for the vacant Alabama Senate seat, Republican Roy Moore, is facing criticism for a comment he made at a September campaign event which was recently posted on Twitter.

Moore was asked by an audience member when America was last great, and replied: "I think it was great at the time when families were united — even though we had slavery — they cared for one another. … Our families were strong, our country had a direction," the Los Angeles Times reported.

Can't make this up — Roy Moore said in September that the last time America was great was when we had slavery. (h/t @reckonalabama)https://t.co/NMF4BCQ6ZS pic.twitter.com/XbpPtdifuS

​Twitter users were quick to condemn Moore, who won the Republican Senate primary in September. The Alabama Senate seat was vacated by Jeff Sessions, who became US attorney general in February. Moore will contest the Senate special election on Alabama in December 12, against Democratic nominee Doug Jones.

Still can't get over the fact that Roy Moore was asked when was the last time America was great and he literally said during slavery.

Roy Moore: “I think it was great at the time when families were united. Even though we had slavery, they cared for one another…. Our families were strong, our country had a direction,”

I'm sure Jewish families were also united during the Holocaust..

Now that Roy Moore has said America was great during slavery, I won't be surprised if his poll numbers go even higher in Alabama.

​​​​Some users made reference to sexual misconduct accusations leveled against Moore by several women last month. They allege that Moore sexually assaulted them when he was working as a prosecutor in Alabama. Moore denies the allegations.

Perhaps this was because many places had no minimum age for sexual consent at that time?

Alabama GOP: taking the "Christ" out of Christianity.

​​In spite of the controversy around Moore, President Trump has given him his backing, after initially backing incumbent Alabama Senator Luther Strange in the September primary.

​Strange, who stepped into the breach when Sessions left the Senate, lost the Republican primary by 45% to 55% in favor of Moore.