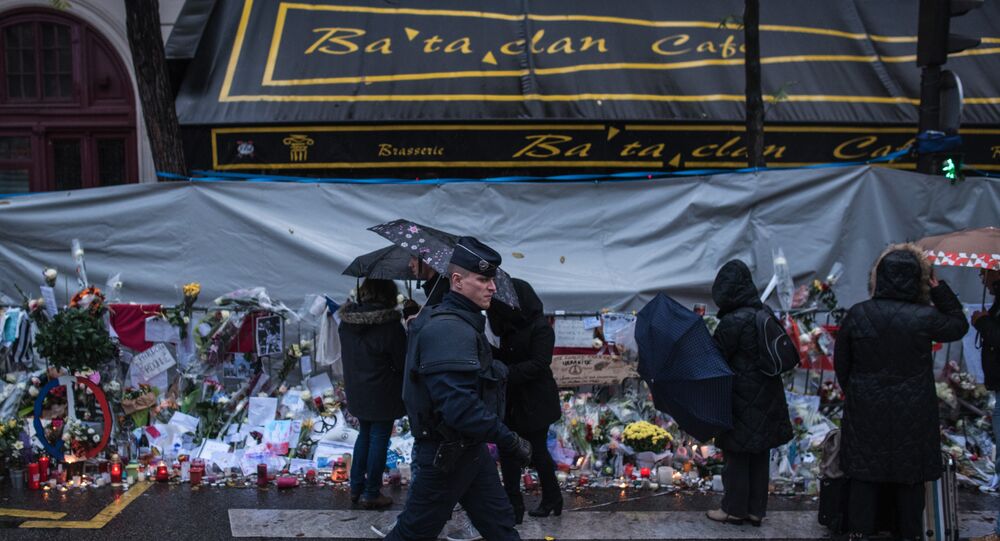 A year after a controversial Danish exhibition portrayed one of the Paris attackers as a "martyr" alongside Martin Luther King and Joan of Arc, France expressed its long-overdue outrage.

After stirring anger and indignation in Denmark a year ago, the controversial exhibition "Martyr Museum," which recently arrived in Berlin, has created the same reaction in France, the Danish TV-channel TV2 reported.

The list of 20 "martyrs" who died because of their convictions features ancient Greek philosopher Socrates, citizen rights champion Martin Luther King and French national hero Joan of Arc, but also Islamist extremist Ismael Omar Mostefai, who together with three fellow terrorists killed 90 innocent people in an attack on the Bataclan nightclub in Paris in 2015 — triggering France's belated resentment, and casting doubts as to whether he really met the ethical criteria of martyrdom.

"While we support the freedom of artistic expression, we strongly condemn the blend of martyrdom and terrorism," the French embassy in Berlin said in a comment on the exhibition, organized by the Danish art collective The Other Eye of the Tiger.

The exhibition also created a stir in German social media, where users accused it of, among other things, glorifying terrorists.

​"Bataclan murderer presented as a martyr with the help of public funds? Is it really the Germany, in which we live well and feel good?" a Twitter user asked, incorporating a tongue-in-cheek reference to German Chancellor Angela Merkel's election slogan.

© CC0
Denmark's First Terrorist Girl Gets Slapped With 8-Year Sentence
The public also questioned the inclusion among the martyrs of Mohammed Atta, arguably the best known of the 9/11 terrorists who attacked New York in 2001. A final and rather macabre addition to the exhibition is an entrance ticket to the Bataclan Theater.

When shown in Denmark in 2016, the exhibition also triggered public outrage. Among others, Deputy Culture Minister Bertel Haarder called it "crazy" and swore to never tread his foot anywhere near it.

Meanwhile, Christian Lollike, the artistic director of the Sorth/Hvid Theater, which staged the controversial exhibition in 2016, dispelled the criticism.

"I can't understand the criticism," Lollike told Danish Radio in 2016. "The effort is an earnest one: to investigate what a martyr is and how in some cultures you define martyrs in one way and in others define it in another way. I think that is a completely legitimate question and starting point for an exhibition."

© Photo : The Royal Dramatic Theatre
Sweden Shocked by Radical Islamist's Show at Country's Premier Stage
Lollike himself is no stranger to controversy, owing to his 2012 play "Manifest 2083," a dramatization of the writings of Norwegian mass killer Anders Breivik, who killed 77 people in cold blood in 2011.

In response to the more recent criticism, the Danish art collective stated: "All the martyrs in the artwork have been appointed martyr by either a state, religion or an organization. None of them has been appointed by the artists."