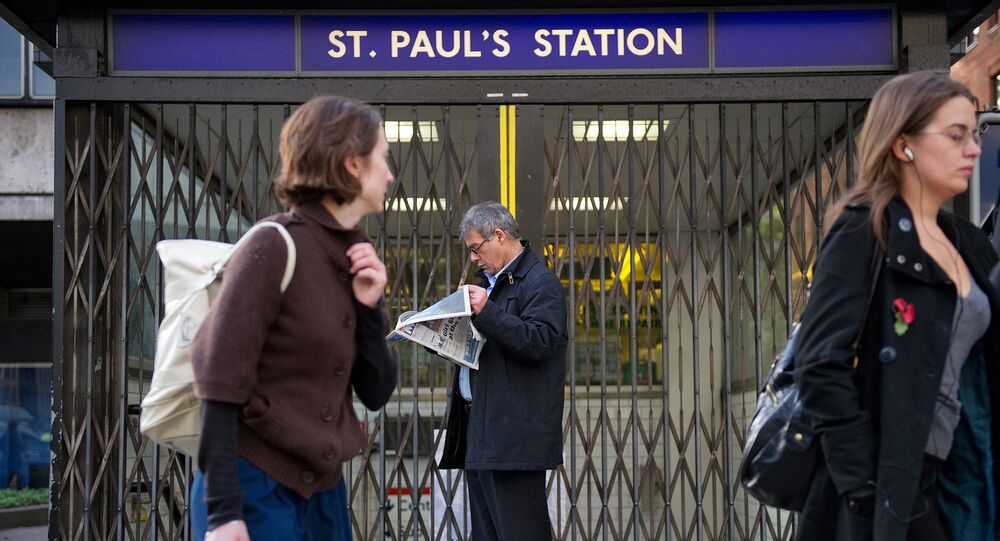 The discovery of a "suspicious package" has caused panic among Londoners for the second time in as many weeks; the hashtag #stpauls spread like wildfire among people trying to find information on social networks regarding the incident. Shortly after they were called to the scene, police calmed the jitters and declared the package "non-suspicious."

Roads were evacuated in London's financial district and St Paul's underground railway station closed on Tuesday morning as police investigated the discovery of a "suspicious package" in a building there.

The commotion has caused panic on social networks, where users shared photos and their impressions of what was going on, via the hashtag #stpauls.

St Pauls is in lockdown. ‘Suspicious package’ and police everywhere!

​​Shortly after the initial report, the police reassured people that the package is "non-suspicious."

The item has now been deemed non suspicious and officers are working to clear the incident. Cordons are still currently in place.

​Nevertheless, some Twitter users reported that a "controlled explosion" had been carried out.

After a controlled explosion, the cordon has been lifted, the security alert is over, and we're all back to normal now in #stpauls :-)

​​​The incident comes after a mass panic on November 24 amid fears of a terror attack in London, which turned out to be a false alarm. Several people reported hearing gunshots at Oxford Circus underground train station, which was evacuated as a result, along with local shops. However, a subsequent investigation has found that the commotion, which injured 15 commuters, was linked to an altercation between two men on the platform of the underground station.

London's Gherkin Area on Lockdown Over Reports of Suspicious Vehicle