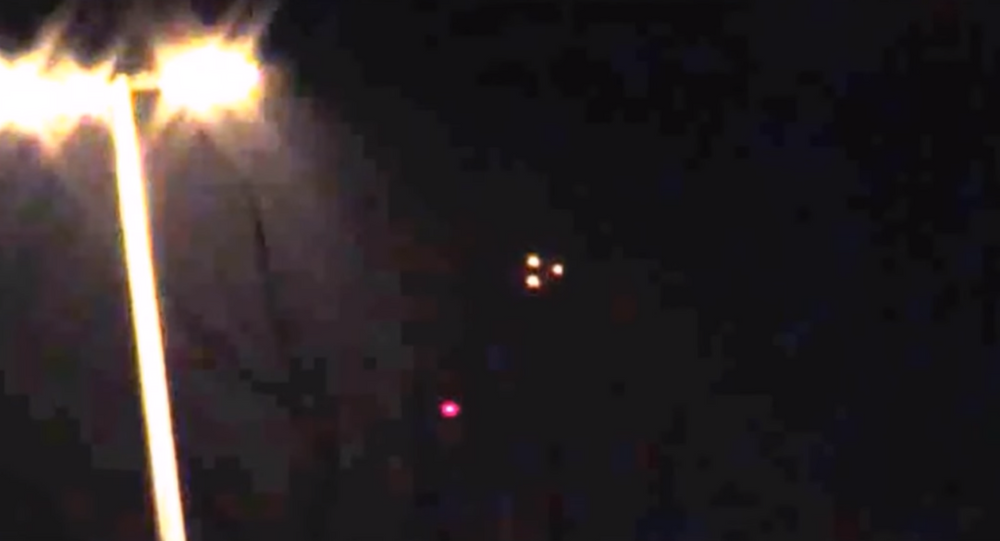 New video of a "TR-3B type of UFO" captured in Russia is being called the "best evidence ever" of a UFO sighting, and has inspired conspiracy theorists around the world.

Posted on UFO Today's YouTube page on Saturday, the video shows an object making its way slowly past a building at night, displaying three lights in a triangular formation.

​"This class of UFOs [are] large, silent, black triangular objects hovering or slowly cruising at low altitudes over cities and highways," the Belgium-based page wrote in its video description. "Sightings usually take place at night."

"The object is moving at a very slow pace, too slow to be a classic airplane," the video explains, adding, "The speed at which this object was moving is physically impossible for any airplane build by mankind."

© CC0
The Mirage Men: Did CIA Create UFO 'Double Bluff' to Mask New Technology?
While the theorists are claiming the footage is evidence of extraterrestrial life, not everyone is convinced.

Speaking to the Daily Mail Online, Nigel Watson, the author of UFO Investigations Manual, says it's more likely that the mystery aircraft is just a drone.

"At night it is hard to gauge the distance and size of an object or lights, which in turn makes it difficult to judge their speed," Watson said. "As this seems to be flying slower than an aircraft, I'd say it is a drone with lights on it."

"Drones can hover and move slowly, with little noise. So I don't regard this video as evidence for ETs visiting us," he added.

In November spectators were stumped when they witnessed a light show in Phoenix, Arizona. Some were quick to suggest it was a sign of alien life, while others explained it was likely to the Leonid meteor shower which "is active in November," Arizona 12 News reported.