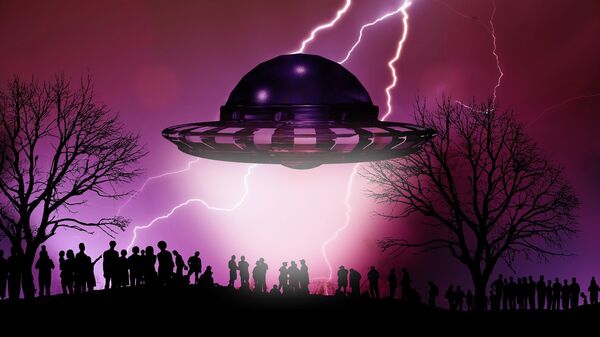 For four decades the CIA, the National Security Agency and the US Air Force were behind a concerted effort to fool Americans that UFOs really did exist in order to mask new technology which the Pentagon did not want anybody knowing about, according to a new book.

Mark Pilkington, a British writer who has researched the subject extensively and contributed to a book called The Mysterium, told Sputnik the strategy was led by mysterious figures he dubs the "mirage men."

He said a classic example was the Roswell incident in 1947.

On July 8, 1947 the US Air Force's 509 Bomb Group put out a press release that army personnel had recovered a "flying disk" which had crashed on a ranch near the Roswell air base in New Mexico.

"The area was riddled with radiation-detecting balloons and it is almost certain that is what crashed. The Air Force put the flying disk story out and thought it would not be taken seriously. They then said it was a weather balloon. The story disappeared but UFO researchers picked it up in the late '70s and it was encouraged by the mirage men, who put out fake documents. It is one of the most famous examples of their work," Mr. Pilkington told Sputnik.

"In the early 1950s the US military was testing a lot of new technologies and it was convenient to disguise them as UFOs. It was a double bluff," said Mr. Pilkington, who has produced a documentary about the mirage men.

U-2 Spyplane Passed Off as a UFO

One of the new aircraft that needed to be disguised was the U-2 spyplane.

In April 1960 one of the planes, flying at high altitude, was shot down over the Soviet Union and the CIA pilot, Gary Powers, was taken into captivity and eventually exchanged for a KGB agent in Berlin.

Jeremy Allen on UFOs and the politics of fear: a good read ahead of the @miragemen screening @TPGallery this Sundayhttps://t.co/3npQHY2sD5

Witnesses would sometimes see something flying very high in the sky, glinting in the sunlight and would report it as a UFO, the author said.

Mr. Pilkington added the air force's original strategy was to tell witnesses what they had seen was a reflection from the planet Venus but later they realized that it made more sense to spread the UFO myth as people were highly perceptible to it.

He said another famous craft was the Avrocar "flying saucer", a top secret operation known as Project Silverbug.

"UFO mythology served as a convenient cover," said Mr. Pilkington, who has discovered that key executives from the media and from Hollywood — including film mogul Daryl Zanuck and Time Life CEO Henry Luce, were involved in something called the Psychological Strategy Board, which was behind the promulgation of the UFO myth.

Mr. Pilkington said the history of UFOs was intrinsically linked to the Cold War.

One of the earliest and most famous sightings, near Mount Rainier, Washington state, in 1947, was by Kenneth Arnold, a US aviator and businessman. He described seeing nine saucer-like objects hovering in the sky.

"The US authorities were so paranoid about Soviet infiltration of the aviation industry that they worried he might be a Soviet agent. They set up an entrapment operation which tragically led to the death of several US pilots who crashed while flying back with 'UFO debris'," Mr. Pilkington told Sputnik.

In the 1980s similar subterfuge was used to conceal the development of the Stealth Bomber, which was officially known as the Northrop Grumman B-2 Spirit. 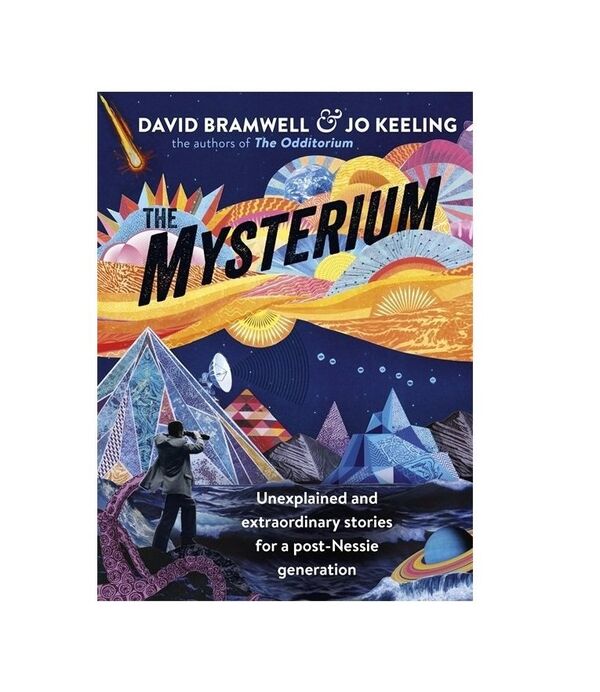 "In the 1970s and 80s they were trying to find out who was sharing information with the Soviets. There was a big fear that the Soviets were infiltrating  the UFO community to find out about the Stealth program," he told Sputnik.

But is there any solid proof that this was what the CIA was up to?

'CIA Will Never Admit to It'

"There is no smoking gun but the CIA are never going to admit to it. But there is a large amount of circumstantial evidence and about 10 years ago the CIA's own in-house magazine carried a piece about the link between U2 and UFOs," Mr. Pilkington told Sputnik, adding that he did not expect them to reveal all their UFO files in the same way they recently released papers on the JFK assassination.

The CIA, while refusing to confirm it was behind the "mirage men", admitted in 2007 the UFO craze had got out of hand in the 1950s.