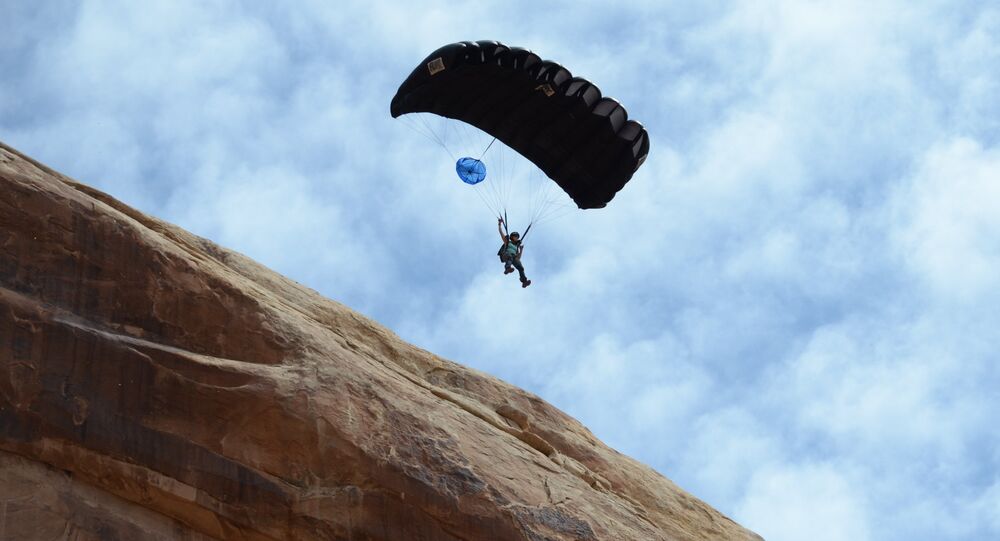 After his companion plunged onto rocks as result of an accident, a base jumper bravely rushed to his rescue. A video showing the man's heroic deed was released on YouTube.

A base jumper dove off a cliff with a parachute, but lost control of it, landing on rocks and seriously injuring his hip.

A friend of the wounded man, who was waiting for his turn to jump, acted quickly and leaped off the cliff to help his pal.

The athlete, a trained paramedic, stayed with his friend until a helicopter rescue team arrived.

"A paramedic on board the helicopter treated the base jumper who is believed to have suffered a broken hip and was stuck at the beach close to the Beachy Head Lighthouse," a coastguard spokesman said, cited by media.

Afterwards the man was taken to a contact point in Brighton and then transported to a hospital on Saturday.

Gone With the Wind: Adrenaline Junkies Mix Surfing and Base Jumping