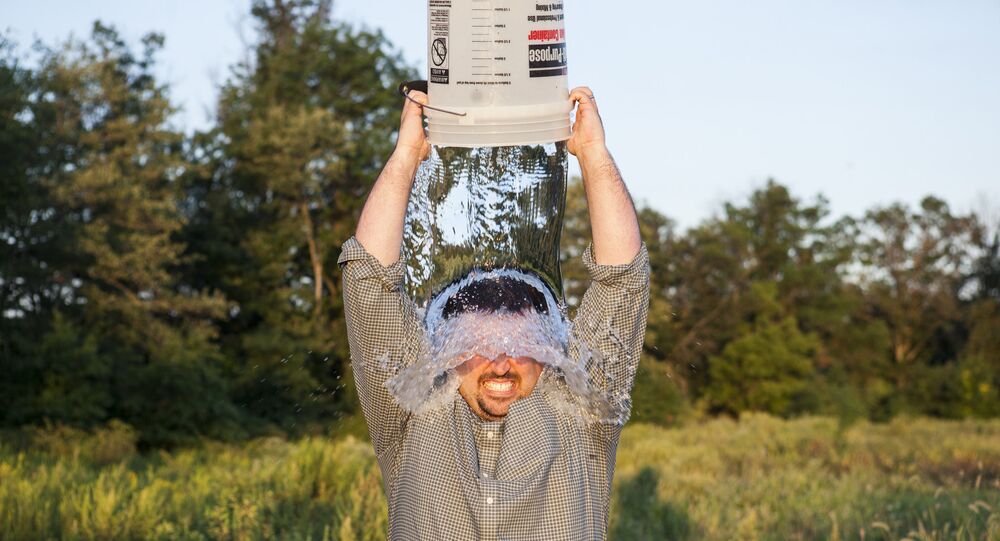 American Anthony Senerchia Jr., the figure behind the ice bucket challenge, which stormed social media networks in 2015, died on November 25 at the age of 46, after raising over $100 million to tackle Amyotrophic Lateral Sclerosis (ALS).

Mr. Senerchia was believed to have been the first person to livestream pouring water over himself in an attempt to raise awareness of and attract funding for research into ALS, otherwise known as 'Motor Neurone' or 'Lou Gehrig's Disease.'

His obituary stated he battled with the disease for 14 years, having been diagnosed shortly after marrying his wife in 2003.

Within 30 days of the campaign's beginning, it had raised US$100 million, part of which enabled researchers at the Project MinE, an organization which scours the human genome for clues as to the cause of the disease to identify a gene associated with the development of ALS, potentially leading to newer more effective treatments.

Project MinE is funded by the ALS Association.

We are very sorry to share that Anthony Senerchia, co-founder of #ALSIceBucketChallenge passed away on Saturday. Please see this video to learn more about him and his wife, Jeanette, and how they helped inspire a global phenomenon. https://t.co/4HFasgcif9

ALS progressively kills brain cells which control muscle functions causing victims to eventually lose their ability to chew, swallow and breathe. Its cause is unknown in the vast majority of cases.

The viral online campaign attracted millions of participants across the world, particularly after notable figures such as US baseball teams, Renee Zellweger and even Russian President Vladimir Putin took part or were nominated by others.

Thanks to Renée Zellweger for accepting the #ALSIceBucketChallenge. Props for the drought friendly idea! http://t.co/ODgNziuLH8

Water is a precious resource, so try thinking of some drought friendly alternatives this year #ALSIceBucketChallenge http://t.co/pfmTGc3suT

It received some media criticism for being exhibitionist and not drawing sufficient attention to the disease itself.

The Real Ice-Bucket Challenge: Chinese "Icemen" Freeze Themselves for 2+ Hours