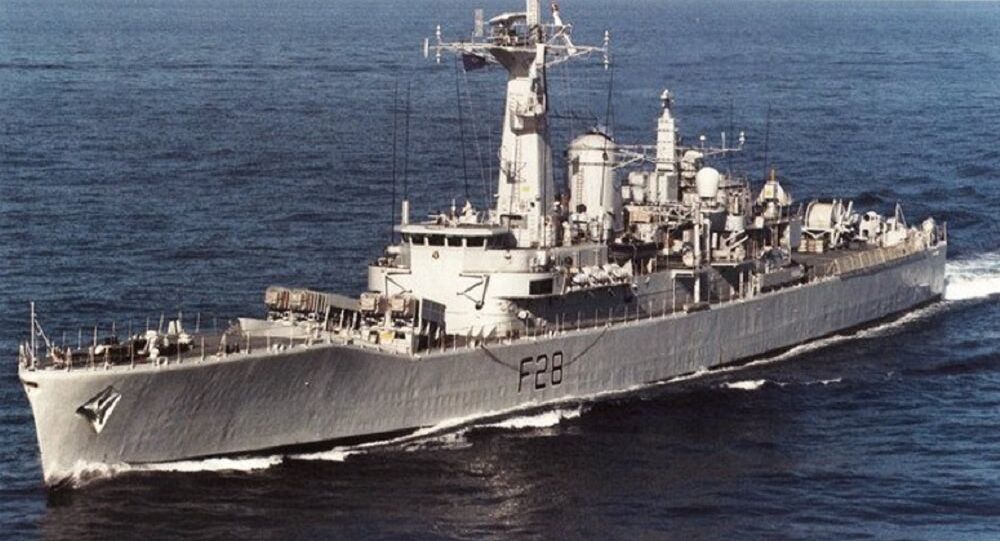 A former commanding officer in the British Royal Navy has denied a string of sexual assault allegations, claiming that accidents were to blame for his physical contact with young men.

Charles Howeson, 67, of Stonehouse, Plymouth, is now facing 11 counts of indecent assault and one count of attempted buggery against 10 young men and a boy.

The misconduct in question occurred when Howeson served as the second in command on the frigate HMS Cleopatra and after he retired from the Navy between 1985 and 1994.

Presenting the case to the Bristol Crown Court, Crown Prosecutor Paul Dunkels QC stated that the former Navy officer displayed "sexual behavour towards young males" that "could be described as groping", the BBC reports.

© AFP 2020 / Stefan Rousseau
Female Journalist Accuses Ex-UK Defense Secretary Fallon of Trying to Kiss Her
The prosecutor noted that Howeson, who rose to the rank of first lieutenant, felt "unassailable because of his status."

"The common theme was his dominant position, his rank, age or position."

"He was emboldened because he thought he could face off any allegations," Dunkels said.

READ MORE: Rape Within UK, US Military Gets Reported and is Then Hushed Up

Howeson, who testified as part of his defense, denied these allegations, stating that he is "appalled and hurt" by the accusations.

The ex-Navy officer claimed that at least of one the cases was a pure accident, as a trip on a blackout curtain caused him to "stumble slightly" and fall down a couple steps, bumping "chest to chest" with a young sailor.

© AFP 2020
UK Launches Probe Into Undercover Police Sex and Dead Baby Scandal
In a separate claim, another sailor recalled a "disgusting, revolting incident" during which Howard invited him to his cabin to practice the man overboard drill, and as he was carrying a large training dummy, the officer repeatedly touched him inappropriately.

Despite the young man's complaints to the captain of the ship, Howard was merely given a warning and transferred to another vessel.

“Absolute rubbish” that how Charles Howeson describes one of the 12 sexual offences allegations that he faces. He denies them all. More on @BBCSpotlight at 6-30.

The former first lieutenant however, claims that when he was confronted by the captain over the incident he was "absolutely appalled" and "horrified", but denied that it was the reason why he was transferred from HMS Cleopatra.

The allegations, however, are not limited to Howard's service in the Royal Navy.

After his retirement in 1991, the officer became an executive director in the Groundwork Trust charity, where he allegedly "groped" people while lifting them up to conduct checks on the cables.