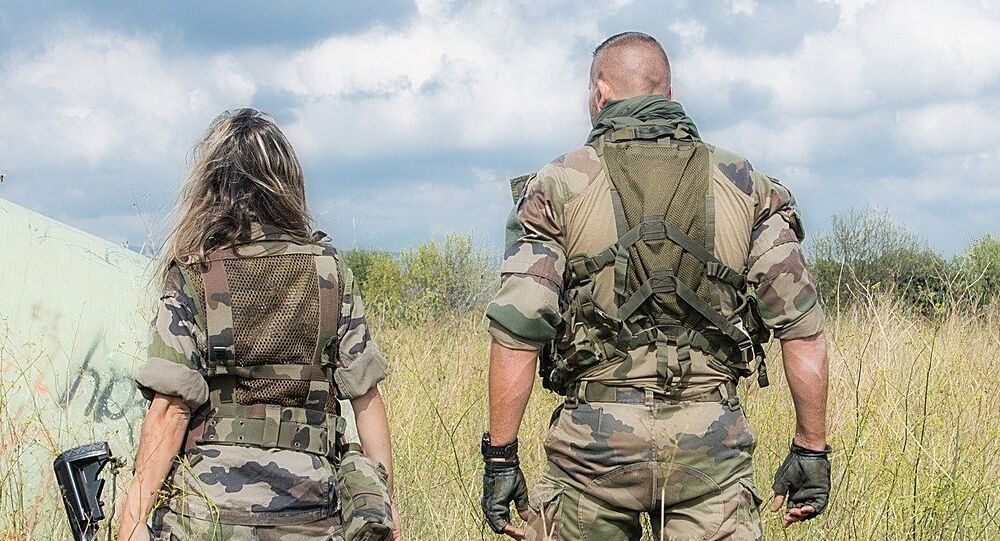 Sexual assault in the military is not a new phenomenon, with cases of rape and abuse popping up on both sides of the Atlantic. Yet endless investigations aren't leading to actual convictions.

Sex abuse in the military is a horrendous crime that all too often goes ignored, and in some instances, evidenced is withheld or covered up.

Samantha Jackson was raped by an Army soldier while she was unconscious. A year later, she found out that her… https://t.co/jtEayBEeGx

The high profile case of US Army soldier, Samantha Jackson, has once again brought to the forefront the issue of sexual assaults within the military. Jackson was unconscious at the time of the attack; the rapist filmed the act and a year later, Jackson mustered all her courage and decided to report it.

What made this case so prominent and brought it to the attention of the media is the simple fact that an investigation by US charity, Protect Our Defenders, has revealed that Samantha's case was not isolated. In fact, it soon emerged that the US military had been misleading the public and politicians in the US about how it handles sexual assault cases.

Britain's Not So Different

But it is not just the US that has a military abuse problem, the UK also suffers a similar fate, with many crimes going unreported or ignored for years. This has ultimately led to the deaths of many servicemen and women who find it impossible to cope and therefore, sadly, end their own life.

Recently, a judge blasted the military in a case involving an army cadet who raped a female officer while drunk. The judge told the military that they needed to clamp down on this kind of behavior.

#Deepcut, where a recruit 'committed suicide' by five shots to the head, and others died in similar circumstances. So many more questions

Other examples of military mishaps in abuse cases can be seen with the Deep Cut barracks abuse scandal, where between 1995 and 2002, several recruits, based in Surrey, were found dead. The inquest into their deaths was even more troubling — an examination conducted by the Royal Military Police, lasted only an hour and delivered an open verdict. For the family members of the victims this was not enough and only highlighted the likelihood of evidence being covered up.

One of the cases involved a recruit name Cheryl Jacobs, who in 1995 was found dead with a gun wound to her face. In a recent coroner's verdict that was delivered on the June 3, 2016, the coroner stated suicide, whilst severely criticizing the military and stating serious failures in duty of care at the barracks.

Lisa Longstaff, a spokeswoman from Women Against Rape campaign said sexual violence is common in every institution. However, it is key to investigate allegations made quickly and promptly.

"If you wanted an example of how badly this has been done, look at Deep Cut. The scenes where the deaths took place were not protected and forensic tests were not done, so it's impossible to prove that the person had pulled the trigger… evidence was not gathered properly. Only years after was it uncovered that sexual violence was rife on that army base and one officer had a conviction for a sexual offense against a boy," Longstaff told Sputnik.

This was not the only serious mishap within the Deep Cut case, according to Women Against Rape. Evidence was actually withheld from the families for a long time, similar to the Hillsborough football stadium disaster. Everything that was done was made difficult for the families of the victims, who were given no information at all about their own children. According to the charity, it's not that people are not reporting, it's that these reports are being covered up and therefore no action can be taken.

"From speaking to serving military personal, I think the biggest problem highlighted, when your attacked by a colleague, is that you have to report it up the chain of command, and that is where there is a lack of independent investigation.

"Some officers have told me that there is a disinterest in investigating because the senior officers don't want it to be found out that the people under their watch have done this to each other; and secondly, they don't want bad publicity for the organization as a whole," Longstaff said.