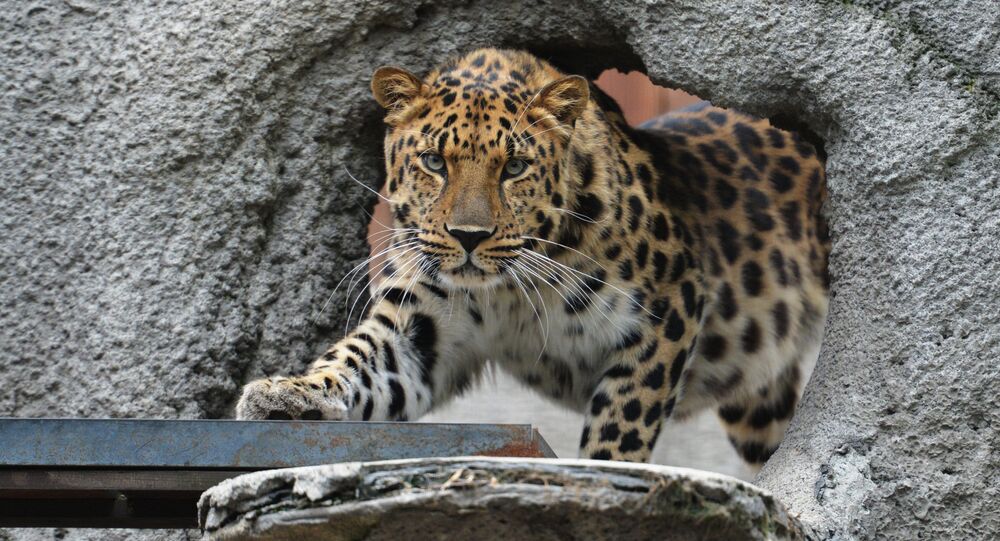 In a rare insight into the private lives of leopards a video from Russia’s nature reserve "Land of the Leopard" in Primorye shows the furry predator performing for the camera.

The singing sounds allow these large cats to communicate with each other, the press service of the reserve reported.

"A video with an unusual sound was made in the reserve of Kedrovaya Pad. One of the cameras is set at the top of a ridge there. A leopard named Typhoon was caught on camera when he returned to his territory. Having reached his favorite resting place, the predator, in a relaxed state indicated his presence with a powerful roar. The silence of the reserve in the taiga was broken by a sharp sound — a signal to all the forest’s inhabitants,” the press service wrote.

As experts note, Typhoon demonstrated the behavior of a healthy adult male as he declared his rights to the territory.

"It's rare to hear a leopard in the forest and we were able to record this sound for the first time," Viktor Storozhuk, research engineer in the Science Department at the Land of the Leopard said.

According to him, vocalization can be used during breeding season, when a predator attracts a partner with a loud growl. Special sounds can also be issued by a mother cat calling its young.

The leopards can also declare their presence by leaving visual and scent marks.