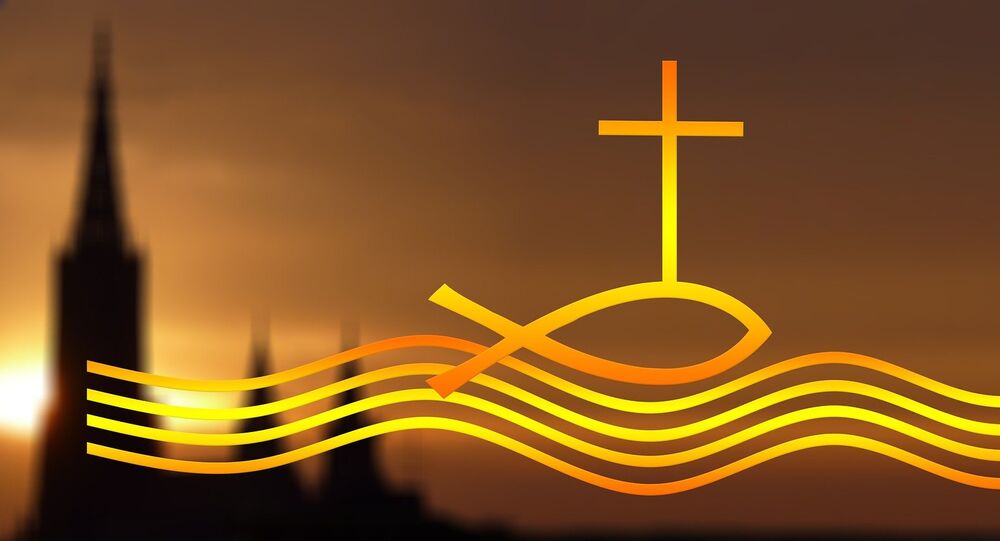 In a bid to become more inclusive, the Church of Sweden has voted to adopt a new handbook that advocates discarding masculine references to God, such as "he" and "Lord."

Amid scathing criticism, the Church of Sweden has approved the new controversial and gender-neutral handbook by a large majority. The new guidelines, which are a politically correct update of a more traditional 1986 handbook, are the centerpiece for the church's activities, as they explicate the rules for how it operates in terms of language and proceedings.

The most divisive proposal was to stop "unnecessarily" referring to God in a masculine way, such as "he," "Lord" and "Master" to make the church more inclusive. Another contentious instance of the church's politically correct newspeak is the notion of "sin" being replaced with "shortcoming."

© CC0
Church of Sweden Slammed for Offering Job to Murderer, Mocking Jesus
Instead of the traditional way, God may thus be referred to as "Mother" in some prayers, according to the handbook.

"God, Holy Trinity, Father and Mother, Son — Sister and Brother, and Spirit — Lifeguard and Giver of Inspiration, lead us to your depths of wealth, wisdom and knowledge," an example quoted by the handbook said.

Archbishop Antje Jackelén thanked everyone who participated in the work.

"Let's show the world that we are a church that can embrace diversity," Jackelén said, as quoted by the Church of Sweden's mouthpiece Kyrkans Tidning.

The initiative, which has been in progress since 2009, triggered strong reactions, not least from within the church itself.

"I believe that some of these variants are in flagrant discord with great church tradition and the ecumenical consensus that exists between major churches," Church commissioner Mikael Löwegren in Ljungby, Småland County said, as quoted by the Sydsvenskan daily.

© CC0 / jubild
Church of Sweden Caught Sheltering Illegal Migrants Amid Projected Influx
Löwegren argued that this decision signified that the Church of Sweden "ceased to exist as a coherent spiritual community."

"Under the guise of 'diversity', society is being broken down into different groups," Löwegren said, arguing that the new manual effectively dismantled church unity by allowing differences from parish to parish. He also argued that the gender-neutrality toward God "took the Church of Sweden further away from major churches instead of bringing it closer to them."

Priest Helena Edlund, who blasted the church for having shown "a total unwillingness to listen to criticism," expressed her concern over the development.

"If the Church of Sweden is to be a part of the world-wide Christian church, we cannot always choose the paths that tear us apart from the tree and its roots, we must choose unity instead of breaking away," Edlund told the Världen Idag news outlet last year.

© AP Photo / Matt Rourke
Swedish Politician Slams Church for Islamization, Likens Quran to 'Mein Kampf'
However, Sofia Camnerin, the deputy chair of the Uniting Church of Sweden, defended the use of "inclusive language" in the church.

"Referring to God as 'Lord' consolidates gender hierarchies and the subordination of women in a white, Western feminist context," Camnerin argued in a blog earlier this year, claiming that legitimizing hierarchies led to violence and subordination.

In recent years, the Church of Sweden has been involved in a number of interfaith and inclusion projects. Since allowing the blessing same-sex marriage in 2009 in a stance for love in all its forms, the Church of Sweden has played a major part in the LGBT movement. Sweden's first female Archbishop Antje Jackelén infamously chose "God is Greater" as her motto, which many perceived as a direct reference to "Allakhu Akbar," a well-known Muslim expression of faith. Sweden's first openly lesbian Bishop of Stockholm Eva Brunne continued the trend by notoriously suggesting removing crosses from the local Seamen's Church in order to accommodate Muslim believers.

Fall From Grace: Praying Before Meals Off the Menu for Finnish Kindergarteners