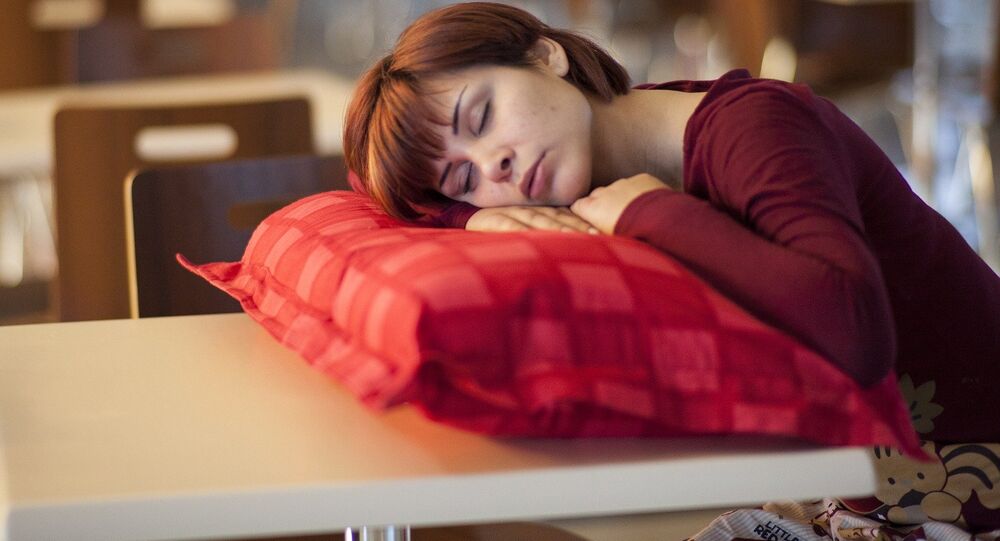 Breaking Newz-zzz... BBC, Its UK Media Enemies in Row Over Sleeping on the Job

The BBC has become embroiled in a row with The Sun and the Daily Mail over its staff sleeping during nightshifts. The spat has led to an instant reaction on social media.

BBC reporters have reacted with anger and humor after being accused by Rupert Murdoch's newspaper The Sun of wasting taxpayers' money by sleeping on the job.

The Sun published an article on Thursday, November 16, which was illustrated by photographs of BBC reporters apparently asleep at their desks.

Love this. BBC caught sleeping on the job by the Sun. Then BBC staff attacking the Sun. If we are supposed to believe msm which bunch of liars should I believe? https://t.co/cRssWsCjpo

God punish whoever “leaked” these pictures. I’ve worked nights for five years, and many of us have had serious health problems — this is such bollocks. Curse them. The Sun stay sunning. https://t.co/IHjk8Vuenl

The pictures were apparently taken by one disgruntled BBC employee.

"It's very difficult to work with someone snoring next to you," he reportedly said.

The story triggered an immediate reaction from some BBC reporters.

It’s true @TheSun we do sleep on the job. Our work is a bit taxing at times. @BBCNews doesn’t do lazy journalism. How about you? pic.twitter.com/5VBjL9zlEl

​The BBC's Middle East correspondent Quentin Sommerville, who revealed this week more details of a US-brokered deal to let Daesh forces escape from Raqqa, tweeted sarcastically with a photograph of himself taking a nap in a Syrian war zone.

Or — taking the breaks to which they are entitled at their desks. pic.twitter.com/oqoOpNtPHU

The BBC's flagship news program, Newsnight, went further and produced an entire video montage of journalists and technicians asleep on desks and in recording studios.

​"Tonight we can exclusively reveal that it's just the tip of the iceberg. Not a soul in Broadcasting House is awake ever. BBC output is quite literally dreamed up by producers in their sleep," joked presenter Emily Maitlis, before introducing the clip.

The Daily Mail reacted angrily to that, saying they were "mocking taxpayers" who were "furious over its £450 ($593) a shift workers sleeping on the job".

"It's extraordinary that licence fee payers are effectively paying for people to have a nice kip at work. Someone at the BBC must get to grips with this. If it was a private company these people would've been sacked," Conservative MP Peter Bone told the Mail.

BBC Funded by US$194 TV License

The BBC is funded largely by the compulsory £147 (US$194) television license, topped up by money from the British government's Foreign and Commonwealth Office.

What I find really odd about this story is someone making the effort to take pictures of their work colleagues sleeping…how creepy is that!
⚡️ “Why BBC staff are hitting back at The Sun ”https://t.co/ycsrKHZoLb

The corporation's most ardent critics are The Sun and the Daily Mail, who accuse it of a liberal bias, most recently during the 2016 Brexit referendum campaign, when it was accused of dismissing the claims of the Leave side.

The Sun's owner, Rupert Murdoch, is in the process of trying to take over Sky Television, which is one of the BBC's biggest commercial rivals.

Forerunner of America's Most Wanted TV Series Axed by BBC