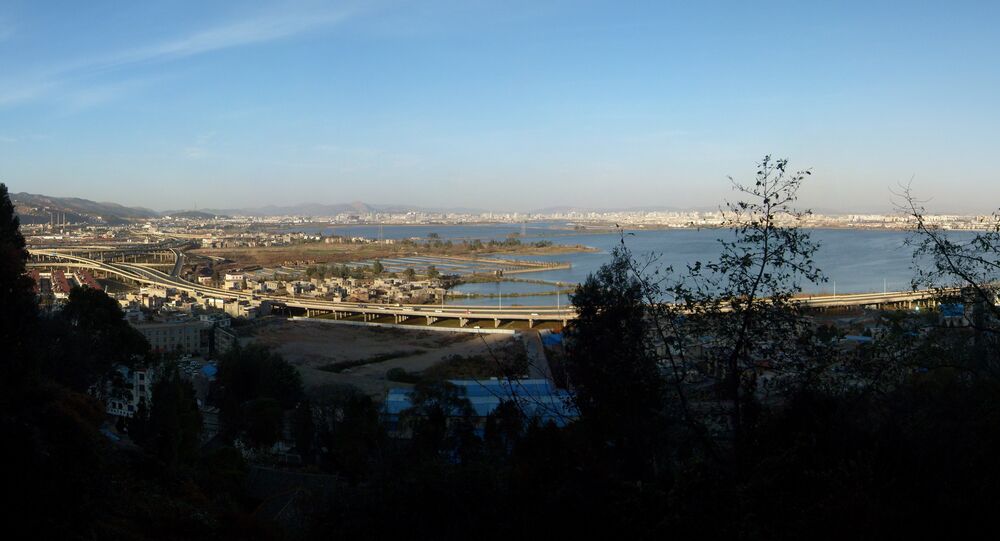 An oblivious tourist was just taking photos of a picturesque lake and accidentally snapped a mysterious circular object floating in the sky above the water.

A weird UFO was photographed by a Taiwanese man during an excursion to Lake Dianchi in China's Yunnan Province in early November. However, John Chen, a 44-year-old salesman from Taipei, discovered a strange ring-shaped object with ridged sides and a hole in the middle only upon his return home.

​According to Chen, it was his sister-in-law who first noticed something unusual in one of his shots. The man reached out to his colleagues who had been on the tour as well, but nothing strange appeared to be captured in their photos.

© AP Photo / M. Scott Moon
UFO? Huge Glowing Ball Spotted Over Siberia (VIDEO)
Uncertain if the mysterious "flying donut" was indeed a UFO, Chen decided to show the picture to a specialist. However, the object left British UFO researcher Philip Mantle puzzled too: he scrutinized the image but still couldn't explain the nature of the bizarre airborne thing.

Meanwhile, as the story spreads across the internet, many amused users suggested that the "interstellar bagel" could have been a dog toy or a tractor tire thrown in the air the very moment John Chen took the picture.