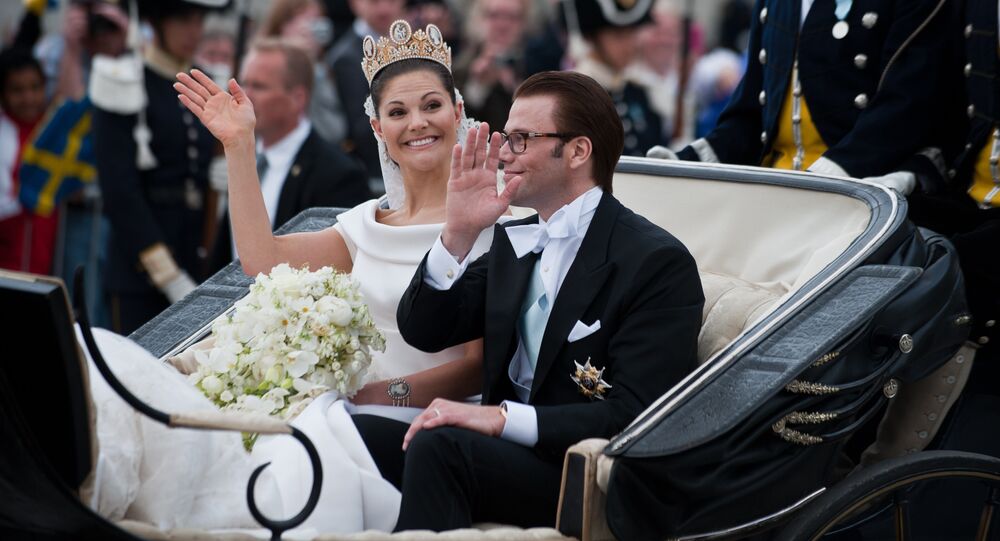 The Paradise Papers jumble is growing every day to involve more politicians, celebrities and even royal families. The Royal House of Sweden also received an "honorable mention" in the papers, which implicates one of Sweden's richest men.

In 2010, Crown Princess Victoria and Crown Prince Daniel were treated to a luxurious trip on board a private jet owned by millionaire Bertil Hult, a close friend of the Swedish royal house. The trip alone was estimated at €100,000, and the jet was registered with an offshore company in the Bermuda tax haven, Swedish national broadcaster SVT reported referring to the Paradise Papers.

In addition to the private lift, Victoria and Daniel received lavish gifts from Hult and enjoyed a voyage on board his yacht the Erica XII during their honeymoon in Bora Bora, French Polynesia. The yacht was also found to be owned by an intricate system of offshore companies. Hult's Bermudan company is owned by another mailbox company, which, in turn, owns a complex network of companies enjoying the tax haven's anonymity and confidentiality.

​According to SVT, Bertil Hult uses two private jets with a staff of eight pilots, seven of whom are Swedes and are registered at the same address in Lucerne, Switzerland. However, investigations from the tax authorities revealed that the pilots have been buying food in Swedish stores and borrowing money from Swedish banks. The seven pilots have now received tax rolls to the tune of hundreds of thousands of euros.

King Carl XVI Gustav of Sweden and Queen Silvia have also used Bertil Hult's private jet several times, SVT reported. In 2013, the Queen of Sweden flew to Kuwait, while the King used the jet to travel to Saint Petersburg the same year and later to Lisbon in 2015.

Queen Silvia at the board meeting of Drottning Silvias Stiftelse Care About the Children. Silvia is Honorary President of the Foundation. pic.twitter.com/EHnqkdI2IH

​According to civil law professor and former chairman of the Institute Against Bribery, Claes Sandgren, the Royal House exhibited bad judgment, as Hult clearly was using "advanced tax planning."

"The Royal Family's travels are a form of friendship corruption that gives Hult prestige and can indirectly benefit his business," Sandgren said.

© AFP 2020 / JONATHAN NACKSTRAND
Swedes Sulk Over Facebook's Benefit-Grabbing, Tax-Dodging Ways
According to the Swedish court's information officer Margaretha Torgren, it was not known that the jet was registered in Bermuda. While lauding the practice of investigating people's economic ways and habits, Torgren went on to defend Hult.

"This has nothing to do with the matter. Bertil Hult is a good private friend of the royal family. Therefore, there was no reason to investigate a close friend," Torgren told SVT arguing that it was not at all strange to use a friend's private aircraft.

76-year-old Bertil Hult is known as the founder of the educational and language school company EF (Education First), which has grown to encompass subsidiaries in 116 countries with over 40,000 employees.

With a net worth of around $5 billion, Bertil Hult rarely gives interviews, yet is known for throwing lavish celebrations with hired guest celebrities like Janet Jackson, Elton John and Rod Stewart, as well as his luxury yachts and private jets. Hult appears to have been a long-time customer of Bermuda-based law firm Appleby, known for managing offshore companies. Hult owns his wealth in a complicated network of 25 companies in different tax havens, mainly on Bermuda.