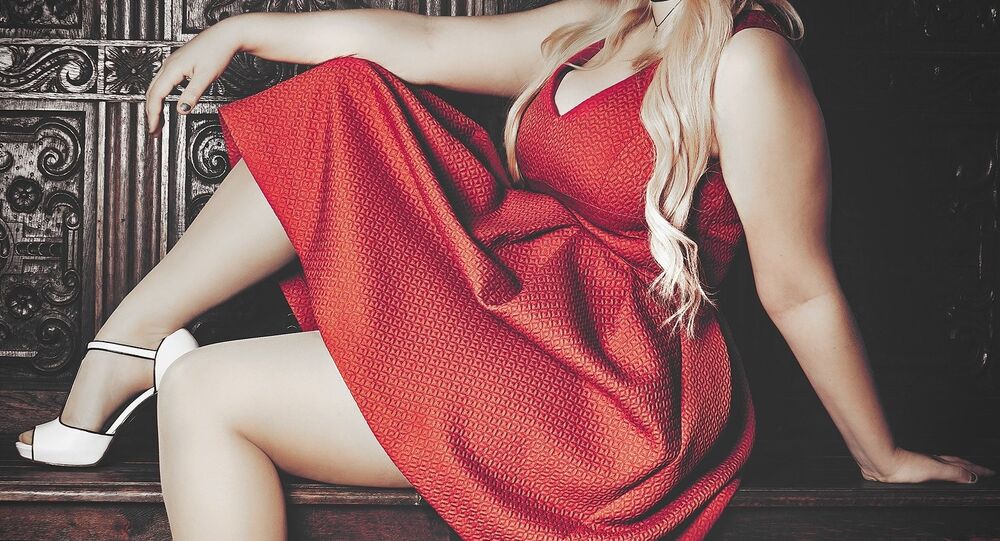 It all started with one viewer’s body shaming comment who felt insulted by the inappropriate appearance of a new traffic reporter she saw on a Texas TV channel. The complaint went viral, causing an incredible hurricane of reactions in social networks.

Demetria Obilor, a 26-year-old traffic ensemble anchor, has been working with Dallas' Channel 8 since late October, but she has already attracted international audiences to her persona after she was criticized by a viewer for the way she dressed on air.

© CC BY-SA 3.0 / Kjetil Ree / Siv Jensen
Pocahontas Gone Wrong: Norwegian Minister's Fancy Dress Sparks Controversy
The disgusted viewer, Jan Shedd, assumed that the clinging little red dress was "too small" for the lady on TV. She wrote on her Facebook page: "Has anyone seen Channel 8's new morning traffic reporter? Her name is Demetria Obilor and she's a size 16/18 woman in a size 6 dress and she looks ridiculous. I understand that when I watch Channel 8 I'm going to get biased reporting and political correctness, but clearly they have taken complete leave of their senses. I'm not going to watch Channel 8 anymore."

The original message immediately went viral and amassed a great number of comments and reposts from those who backed up Demetria. Though it was deleted in a few hours, outraged internet users continued to share a screenshot of the publication along with words of support for Obilor.

Jan is big mad. Don’t be like Jan. pic.twitter.com/ytAKJHMXBy

@DemetriaObilor you are a huge inspiration to our youth. Like my niece who loves her natural hair. It's women like you she looks up to. pic.twitter.com/Fk4zomIEH5

I’m thankful for Jan. Without her misguided jealousy I may have never heard about @DemetriaObilor 🔥#NewFan

Many people strongly condemned the cyberbullying that unfortunately happens every now and then.

Demetria Obilor looks perfectly fine. Jan Shedd is just jealous that she can't look that good in a red dress.

Demetria Obilor is a 10. That Jan woman is too damn old to have the insecurity of a 14 year old girl, who wants cyber bully someone.

Even Chance the Rapper, a popular American musician, stepped in for the TV presenter.

Wow. Thanks for the love. I appreciate that.

Since then, Demetria posted several messages, addressing the haters and thanking everyone who supported her.

Thanking everyone who has reached out with love, support and strength! S/O to those who have shared their stories. We stand as one ♥️💯

"When you're on TV, people pick you apart, and you get used to it," she said. "But this isn't about me, this is about everyone. By flippantly guessing my size, she offended a lot of people on a lot of different levels.

Addressing the haters, showing love to my ppl 💗 and thank you @chancetherapper 💯 pic.twitter.com/ks2cTSuLLe

Thank you @DemetriaObilor for speaking out against body shaming — it's a sick part of our culture. You're absolutely gorgeous.

This is not the first time Demetria has faced criticism from TV viewers. Earlier this year in May, while she was working as a traffic reporter on KLAS 8 News Now in Las Vegas, the woman shared a screen of a letter, in which a person presumed her hair was unclean and smelled bad. A lot of Twitter users reacted then, paying compliments to Obilor's natural hair.

Here's one of the racist, hateful emails I've received for rocking my natural hair on TV. pic.twitter.com/oA8L6gYCyw

Your hair is beautiful and so are you. I find it impossible to believe that the author of this email is properly cleaned & must smell awful

That's a sad, pathetic person who will live a tortured life w/ all that hate inside. You & your hair are awesome & beautiful! Keep rockin'!