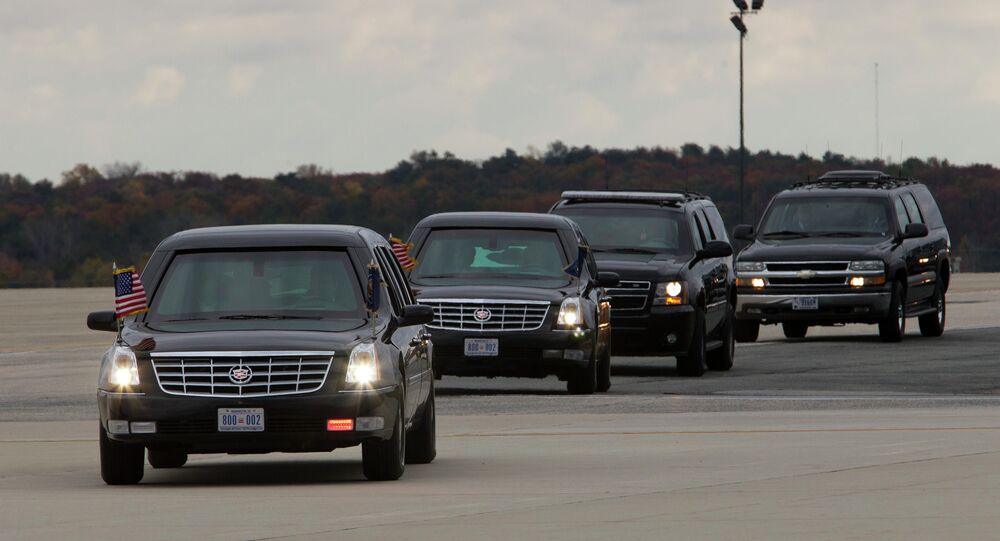 Juli Briskman was on a bike ride through Sterling, Virginia, last month when the urge to flip off the president's motorcade suddenly came over her. The moment, photographed by a Brendan Smialowski, instantly went viral.

According to Briskman, the choice to give the middle-finger salute wasn't just random. She was fed up with US President Donald Trump's love of playing golf when there were more important things to handle.

​"He was just passing by and my blood just started to boil," Briskman told the Huffington Post. "I'm thinking, ‘DACA recipients are getting kicked out. He pulled ads for open enrollment in Obamacare. Only one-third of Puerto Rico has power.' I'm thinking, ‘he's at the damn golf course again.'"

"I flipped off the motorcade a number of times," the 50-year-old added.

Realizing how viral the image became, Briskman, dubbed a "she-ro" on social media, walked into the human resources department at Akima LLC, a government contractor, to give them a heads-up about her newfound fame.

A day later, concerns bubbled up, upsetting the bigwigs at the company so much they fired her.

"They said, ‘We're separating from you,‘" Briskman told the Post. "Basically, you cannot have ‘lewd' or ‘obscene' things in your social media. So they were calling flipping him off ‘obscene.'"

Taken aback by their response, Briskman, who had been working at the company for just over six months, doubled down and explained that she wasn't even on the job when the incident unfolded and that nowhere on her social media accounts does she indicate her employer.

This did not comfort her bosses and she was still given the boot.

What upsets Briskman about the whole fiasco, she says, is that one of her male coworkers had previously posted a comment on Facebook calling a netizen "a f**king Libtard asshole," but was allowed to keep his job even though he'd clearly indicated where he worked on his page.

According to Briskman, this unidentified colleague had "Akima LLC" as his cover photo on the social media platform.

"How is that any less ‘obscene' than me flipping off the president?" she asked the outlet. "How is that fair?"

Briskman, acknowledging that her moment of fame gave her "an opportunity… to say something," is now planning to work at an advocacy group "that she believes in."