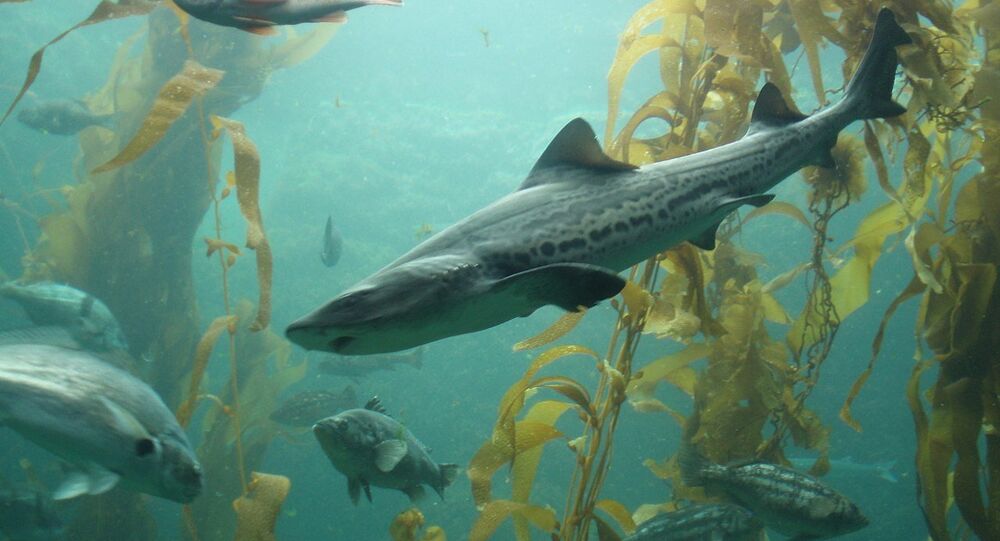 The mysterious death of more than 1,000 leopard sharks in San Francisco Bay was caused by brain-eating bacteria, scientists have revealed.

"I'm very confident that in these animals there's Miamiensis avidus. We have a very good species-level identification at the molecular level. The RNA we see in there is quite specific to this species," Hanna Retallack, a MD-PhD graduate student at the University of California, was quoted by National Geographic as saying.

Earlier this year, hundreds of leopard sharks were found dead in a number of areas, including beaches in Foster City, Hayward, San Francisco and Berkeley.

#UnexpectedlyCute Leopard Shark. They like a good pet on the back. The MN Zoo has these & guests are allowed to pet them. ❤️ pic.twitter.com/itpQ8Oqrpp

Twitter
Enormous Great White Shark Prowling Virginia, North Carolina Coast
Scientists came to the conclusion that the sharks had been killed by a fatal brain infection after "something was entering the sharks' noses, climbing into their brains, and eating away."

Subsequent molecular analysis of the killed sharks' cerebrospinal fluid prompted researchers to point the finger at the Miamiensis avidus parasite which they said cause similar symptoms in other inhabitants of the sea.

Get Out of the Water! Alabama Swimmers Startled by Sharks